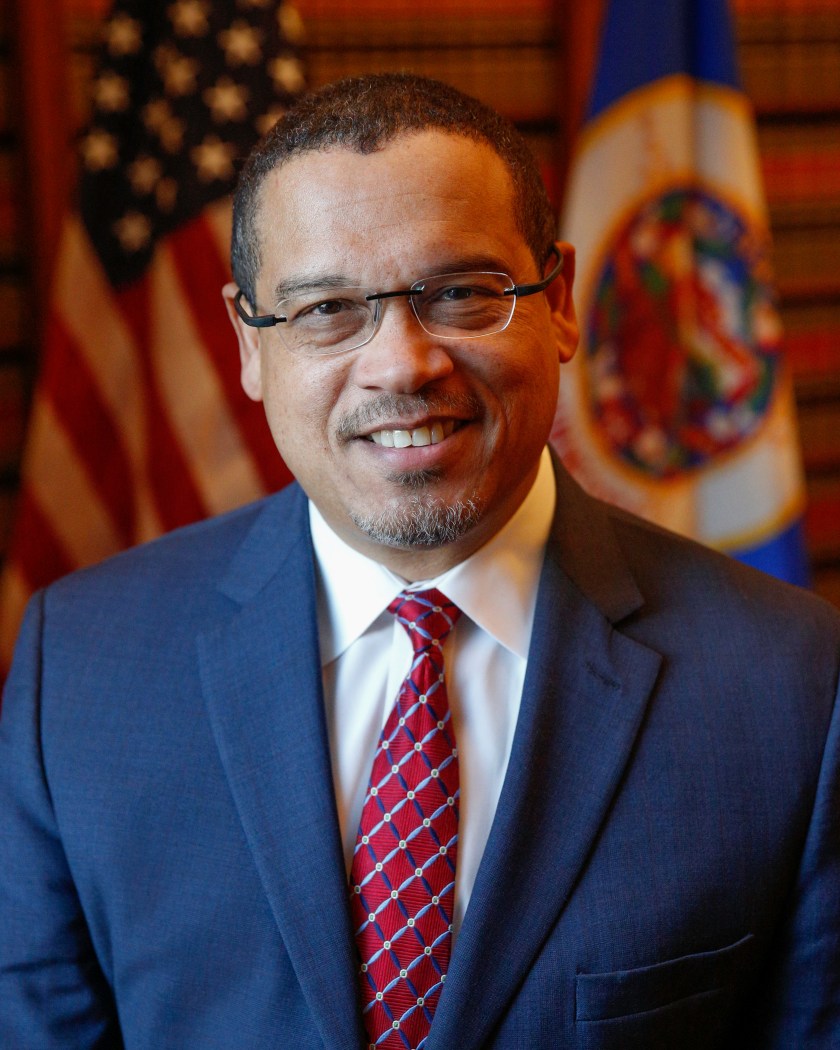 Minnesota Attorney General Keith Ellison, who presided over the successful and historic prosecution of Minneapolis police officer Derek Chauvin, who was recently convicted for killing George Floyd in the summer of 2020, has accepted the invitation of The PuLSE Institute to deliver a major keynote address on reforming the criminal justice system. The push for serious reform is gathering steam in the wake of the groundbreaking verdict against Chauvin, whose knee on Floyd’s neck ignited an international outcry against police brutality and sparked a summer of demonstrations for racial justice around the country.

Attorney General Ellison will speak at The PuLSE Institute’s virtual forum in Detroit on Tuesday, June 1, 4-6pm on the theme: “America and the Dream of Martin Luther King Jr.: Ending the Unjust Application of the Law” during a 45-minute keynote that will lay out the moral, legal and political necessity for transforming the system of justice. The forum is free and open to the public and registration can be found here (https://www.eventbrite.com/e/minnesota-ag-keith-ellison-to-keynote-pulse-criminal-justice-reform-forum-tickets-153399374659).

Ellison’s address will be followed by a Q&A interview with Bankole Thompson, the editor-in-chief and dean of The PuLSE Institute. Thompson, a nationally renowned journalist and culture critic is also a twice-a-week opinion columnist at The Detroit News.

“Thank you for your invitation to address The PuLSE Institute in Detroit. I gladly accept and look forward to presenting a vision for criminal justice reform and how it weaves into the dream of Dr. King and his observation of the unjust application of the law across the nation. More importantly, I look forward to engaging with the audience during a Q&A session,” Attorney General Ellison told Thompson.

Originally from Detroit, Ellison, was sworn in as Minnesota’s 30th Attorney General in 2019, where he became the first African American and the first Muslim American to be elected to statewide office in Minnesota.

From 2007 to 2019, Ellison represented Minnesota’s 5th Congressional District in the U.S. House of Representatives, where he championed consumer, worker, environmental, and civil- and human-rights protections for Minnesotans. He served for 12 years on the House Financial Services Committee, where he helped oversee the financial services industry, the housing industry, and Wall Street, among others.

Among his legislative accomplishments are passing provisions to protect credit-card holders from abusive practices and protect the rights of renters and tenants. While in Congress, he founded the Congressional Antitrust Caucus and the Congressional Consumer Justice Caucus. He also served as co-chair of the Congressional Progressive Caucus, which he helped build to more than 100 members.

Before being elected to Congress, Attorney General Ellison served four years in the Minnesota House of Representatives. Prior to entering elective office, he spent 16 years as an attorney specializing in civil-rights and defense law, including five years as executive director of the Legal Rights Center. As the leader of this public-interest law firm, he oversaw a team of attorneys focused on delivering justice for Minnesotans who had nowhere else to turn. He was also a noted community activist. He received his law degree from the University of Minnesota Law School in 1990.

“Justice has often eluded our criminal justice system, particularly when race is injected and closely examined. For decades we have seen a duality in the application of the law that predetermines guilt and exerts harsher punishment for people of color prior to ever even stepping foot before a judge in a courtroom. In order for the American system of justice to truly live up to its creed of equal justice under law, prosecutors, the key administrators of the system, must apply equitable standards to ensure that fairness and due process are granted to every citizen,” said Attorney Tina M. Patterson, the president and director of research at The PuLSE Institute. “Attorney General Keith Ellison’s keynote before The PuLSE Institute is a welcome address to explain how the system can move the needle toward justice in this era that is ripe and long overdue for the demands of change.”

Thompson, whose illuminating and influential work on economic and racial justice issues inspired the founding of The PuLSE Institute in 2018, and has also helped elevate the discourse around poverty and inequality in Detroit, the nation’s largest Black city, said Ellison’s address is vital.

“Attorney General Ellison is one of the strongest public authorities on the subject of criminal justice reform right now,” Thompson said. “It is not lost on any of us that reform will only become a reality when elected officials like Ellison are willing to demand change and do so courageously with the authority vested in them as public officials. When Dr. Martin Luther King Jr., in his didactic Letter from the Birmingham Jail warned about the unjust application of the law, he was also summoning future public officials such as Ellison in this dispensation to write justice with Black ink on White paper. That is why we welcome Attorney General Ellison to The PuLSE Institute to speak not only on such a profound topic, but also to provide a roadmap about where the nation should be headed.”

A national independent anti-poverty think tank headquartered in Detroit, and commonly referred to as Detroit’s anti-poverty think tank, The PuLSE Institute, has a National Advisory Panel made up of leaders and thinkers who are invested in the fight against global poverty, inequality and racial injustice. They  include Dr. Arun Gandhi, grandson of Mahatma Gandhi, Dr. Bernard Lafayette, National Coordinator of the 1968 Poor People’s Campaign under civil rights leader the Rev. Martin Luther King Jr., Robert Weiner, former White House spokesman,  Sister Simone Campbell, a leading anti-poverty crusader in the American Catholic community etc.

The Institute’s online speaker program featuring Ellison deals with issues from poverty to criminal justice reform and features an array of speakers including activists, thought leaders, policy makers and public officials whose work reflect the push for anti-poverty policies and reforming the justice system. Earlier this year the Institute convened a national forum with African American police chiefs discussing the need to reform policing especially after the death of George Floyd and in the wake of the Capitol insurrection.

Most recently Dr. Natalia Kanem, the United Nations Under-Secretary General and Executive Director of UNFPA, the UN Reproductive Agency, delivered a keynote address at the Institute on women, poverty and the coronavirus pandemic.

For more information about the Forum with Attorney General Ellison email info@thepulseinstitute.org.