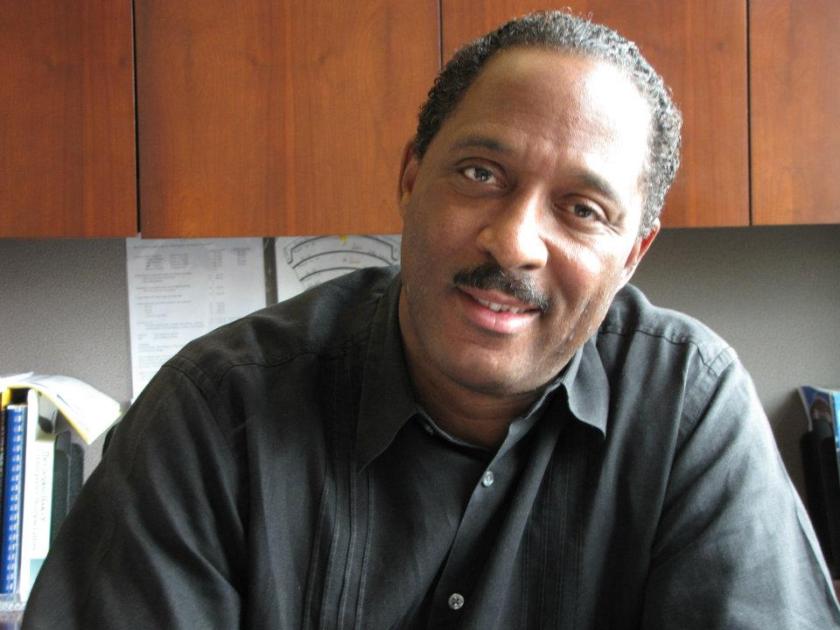 Dewan Mitchell, a widely respected and nationally renowned Detroit entertainment executive, who worked on both sides of the creative and business side of the industry, and a former member of  the board of The PuLSE Institute died this week at the age of 57.

Mitchell, a veteran of production and studio operations, has been serving since 2018 on the board of Detroit’s national anti-poverty think tank, The PuLSE Institute, where he brought top-notch operational and management skills in helping execute some of the Institute’s most important and highly successful public engagements.

Mitchell has had more than two decades of entertainment experience that took him to the forefront of the music industry in the nation. As an industry leader, he focused on making capital investments in time and effort and  became one of the most sought after representatives for one of the country’s largest ethnic promotion firms, Alan Haymon Entertainment, Inc.

Mitchell worked with legendary artists such as Aretha Franklin, Chaka Khan, Whitney Houston and Patti LaBelle. He later spent 10 years at the world-renowned Detroit Opera House as director of booking and events, where he developed new programming to bring more visibility to the institution as well as attract new patrons.

A passionate advocate and believer in Detroit, Mitchell has been a longstanding supporter of efforts that seek to help those who are underprivileged and bring attention to their plight. He believes that society has an obligation to bring the issues of the disadvantaged to the forefront of conversations about social transformation.

“What a sad news. We were with him at our December board meeting and he was as engaging and empathetic as ever. Dewan Mitchell was a humble soul, a kind heart, a dependable friend of the poor and a big asset to the Detroit area. We will dearly miss him,” said C. Paschal Eze, the chair of the Board of The PuLSE Institute.

Attorney Tina M. Patterson, the president and director of research at the Institute said Mitchell’s contributions were critical to the success of the organization’s work.

“Everyone here at The PuLSE Institute is devastated to learn of the passing of our dear Board Member and friend, Dewan Mitchell,” Patterson said. “Dewan played a key role in planning our critical events, including the Business Leaders against Poverty forums, with the utmost professionalism, building upon the successes with each event. He brought a keen understanding of the vision of The PuLSE Institute to all of our board meetings, often conveying a view of how to connect our policy work to the daily life of the people most affected by poverty and all the social ills we aim to remedy in our society.”

Patterson added, “Dewan was deeply invested in the work of The PuLSE Institute and was a joy to work with, always ready to lend a helping hand and showing up to do the work. He will be extremely missed by his PuLSE Institute family, and we will carry forth in our mission with his immense contributions proudly on display.”

Bankole Thompson, the dean and editor-in-chief of The PuLSE Institute, whose influential work on issues of poverty and inequality inspired the founding of the Institute, has known Mitchell for almost two decades.

“Dewan Mitchell had a big heart. He cared about people and like us here at the Institute, he wanted to use his gifts to advocate and make life better for those who are living on the margins of society in Detroit,” Thompson said. “Detroit has lost a silent hero, who did not take credit for some of the things that he did in helping uplift those who are underprivileged.

Thompson, who is a twice-a-week opinion columnist at The Detroit News, and the host of a daily political and cultural commentary show REDLINE, which is broadcast on 910AM Super Station, 11am-1pm, Monday-Friday, will devote his Feb. 21 program on the air to discussing the impact Mitchell has had in the city.

“He left an important legacy at the Detroit Opera House. When he worked there he made it accessible for many Detroiters,” Thompson said. “I never really engaged the Detroit Opera House until Dewan was named the executive in charge of bookings and events. He invited me for a tour and we talked about the proper role of cultural institutions in this town. He used his position to open the Detroit Opera House to a more racially diverse audience. That meant a lot to some of us who really care about racial inclusion in the recovery of Detroit.”

Detroit according to Thompson owes a debt of gratitude to Mitchell.

“Perhaps one of Mitchell’s lasting legacies is that he did not just talk. He did something concrete to change situations for the better. He had an educated understanding of the problems of Detroit and he saw endemic poverty as inherently unfair to Black people and others who are confined to the prison of despondency,” Thompson said. “That is why he brought his talents to bear in helping us address some of the challenging issues we face and he did so without expecting anything in return. Despite leaving us so soon, we in Detroit and all anti-poverty and racial justice advocates are forever indebted to his profound sense of generosity and willingness to support the cause of justice and freedom.”

Funeral arrangements will be announced later.