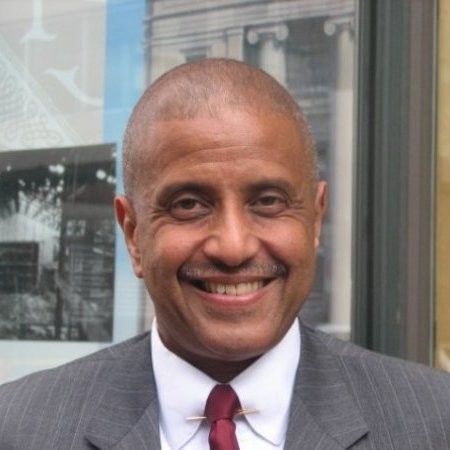 Jim Vincent, a renowned civil rights activist and the president of the Providence Branch of the NAACP, who for years has been pushing for racial diversity and inclusion, and raising uncomfortable questions about equality in the state of Rhode Island, has been tapped by Providence Mayor Jorge Elorza to be among the 13-member Providence Municipal Reparations Commission announced on Monday.

The creation of the historic commission follows a report released last year by the city that documented centuries of racism against Black and indigenous people in the state of Rhode Island and in Providence. The mayor called the report part of the first phase to tackle systemic racism in the city.

Mayor Elorza signed an executive order which officially established the commission. The order among other things specifically recognized the role that the late Detroit Congressman and civil rights hero John Conyers Jr., played in bringing the issue repeatedly to the attention of Congress.

“The city recognizes the importance of recognizing the late former U.S. Representative John Conyers of Michigan, who introduced the Commission to Study and Develop Reparation Proposals for African Americans Act (H.R. 40),” according to the executive order.

The appointment of Vincent, who has a knack for pushing the envelope on the most important issues affecting African Americans and other people of color in Rhode Island adds a serious voice for civil rights to the panel.

“This is a significant step towards racial reconciliation and reparatory justice in the City of Providence and may serve as a national model,” Vincent said. “The fact that we will be focused on how government and bank policies of the 1950s and 1960s negatively affected Black and indigenous families who are still alive and can still be directly compensated is unique.”

Vincent has also led some key battles including the effort to racially diversify the courts and publicly challenging political leaders in the state to go beyond convenient words and increase racial diversity in Rhode Island’s courtrooms.

“In the aftermath of the George Floyd murder and in the name of social justice, the NAACP Providence Branch encourages Governor Raimondo to do the right thing.  Make history, and continue to diversify the courts!,” Vincent wrote in a December 2020 column urging former Rhode Island Gov. Gina M. Raimondo, who is now the Secretary of Commerce under President Joe Biden.

As Providence prepares to take on the subject of reparations, many around the country will be watching the actions of the commission and how it will deal with an issue that has been dominating conversations about the economic future of Black communities since the election of President Biden. In fact, reparations and how it should be specifically addressed by the federal government, was front and center of the 2020 presidential election forcing various Democratic candidates to go on the record about their position on the issue.

Municipalities around the country have since been wrestling with the issue, and the Providence model could serve as an example for other cities because the commission was created only after the city itself came up with a didactic report that showed centuries of historic racist abuse against Black people.

Mayor Elorza added, “While we know the city alone cannot repair the full scope of harm, today’s action brings us another step closer to addressing the disparities our African heritage and Indigenous residents continue to face.”