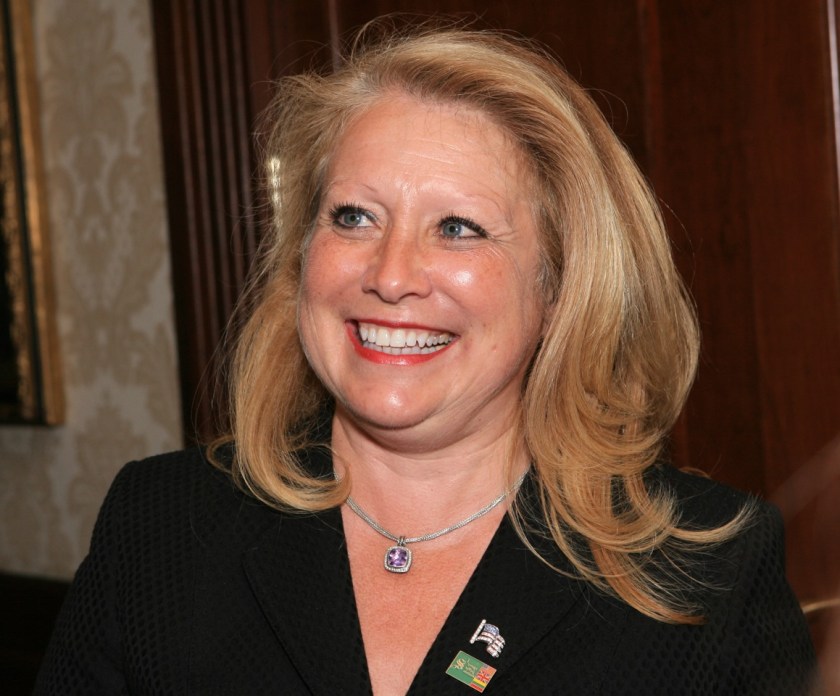 The PuLSE Institute, a national independent anti-poverty think tank headquartered in Detroit, the nation’s largest Black city is launching a lecture series that will put the lens on the role business executives and industry captains should play in addressing issues of inequality and poverty and underscoring the need for business to exist for more than just reaping huge profits for shareholders. At a time when corporate social responsibility is facing increasing scrutiny in the glare of new and emerging social justice movements, the gulf between fanciful promises made by some CEOs and those fulfilled continue to widen.

That is why The PuLSE Institute, Detroit’s premier anti-poverty think tank, is pushing for meaningful action from the corporate boardroom in confronting social and economic injustice and for business leaders to match their words with action beyond just a routine public statement of goodwill from a roundtable or press conference. Need for long-term equitable policies that will challenge growing inequality and promote ethical leadership in the business world are a primacy of the Institute and will be part of the series.

The new series called the Cynthia J. Pasky Ethical Leadership in Corporate Social Responsibility Lecture Series, is named after Cynthia Pasky, the founder, president and CEO of Strategic Staffing Solutions, an international IT staffing company headquartered in Detroit. Pasky, one of the leading business executives in the state and Detroit, who has a demonstrated commitment to corporate social responsibility believes that corporations should, “Create jobs, offer people an opportunity to succeed and change their station in life and make community and charity work a core of the company’s business.”

The series will feature a diverse range of industry captains, transformational leaders in government and the corporate sector as speakers including those who are leading the charge on corporate ethics, social responsibility and public leadership. How companies can make powerful and lasting impact on the socioeconomic index to change the living conditions of underserved communities will be a focus of the series.

Pasky, has been one of the most outspoken business leaders on the issue of poverty and among a few in the rank of Detroit’s corporate leadership willing to publicly state that the city has a serious economic inequality crisis. For example, during  a June 2019 appearance at The PuLSE Institute’s CEO Forum on Poverty Series, at the Colony Club in downtown Detroit, alongside University of Michigan President Mark Schlissel and Blue Cross Blue Shield of Michigan CEO Dan Loepp, Pasky, called on CEOs to make fighting poverty a mandate. During an earlier PuLSE Forum, where she appeared with Jerry Norcia, the president and CEO of DTE Energy and Sandra DiNello, the president and CEO of Flagstar Bank, Pasky, said addressing the menace of poverty is something that must be part of the daily public policy conversation in Detroit.

In 2018, she penned a column in The PuLSE Institute challenging companies to put people above profit.

“What is good for Wall Street isn’t always good for the working person. The question is whether that short term good news for Wall Street, with its focus on quarterly earnings, is truly good news for the nation.  Is a company’s sole responsibility to deliver quarterly profits to its shareholders?  Or does it have a responsibility as well to the communities in which it is located and to the workers, and their families, who rely on their employment to keep food on the table and a roof over their head?,” Pasky wrote. “As we plan for the future, job creation and retention and the impact economic decisions have on workers and surrounding communities should be just as important to us, and to Wall Street, as the latest quarterly statement.  William Benton’s admonition that companies should not earn their profits ‘at the expense of the welfare of the community’ is just as valid today as it was in 1944.”

Pasky in the past has used her corporate platform to speak out on social issues. In May of 2020, during a public demand for Gov. Gretchen Whitmer to settle the historic right to literacy case for Detroit students, Pasky, wrote a column in The PuLSE Institute urging the governor to live up to her campaign promises and settle the case once and for all.

“We respectfully urge Governor Gretchen Whitmer to accept and comply with the U.S. Sixth Circuit Court of Appeals ruling last month that access to literacy is a fundamental right protected by the Constitution,” Pasky wrote. “Education has long been a cornerstone to individuals’ success, providing a solid footing on which to grow, develop and become a productive member of our society. In a country with so much opportunity, no one should be left behind or denied that foundation.”

Pasky has served on the boards of directors of many business, philanthropic and civic organizations. She serves as chair of the Detroit Downtown Partnership Board of Directors, co-chair of the Mayor’s Workforce Development Board, and is a member of Business Leaders for Michigan Board of Directors. She is the Founding Chair of the American-Lithuanian Business Council and serves on Investor Advisory Committee of the Government of Lithuania. She serves on the board of directors for the Michigan Humane Society, Community Foundation for Southeast Michigan, Reggie Jackson’s DETermined to Assist Foundation, and the Foreign Investment Advisory and Supervision Council in Lithuania. Additionally, she is past chair of the Detroit Regional Chamber of Commerce Board of Directors and still serves as a member emeritus.

Pasky was recently named among the Top 100 Most Influential Lithuanian Women by “Women At” magazine, and is an inaugural member of Staffing Industry Analysts’ Staffing Hall of Fame. She has been named among Staffing Industry Analysts’ Global Power 100 Women in Staffing every year since its inception; listed among the Most Powerful Woman in Business by dBusiness Magazine; CEO of the Year by Automation Alley; one of 10 Most Intriguing People in Staffing by Staffing Industry Review; one of Detroit’s Most Powerful People by Crain’s Detroit Business, and one of the Top Women Entrepreneurs in North America by Women Impacting Public Policy. She also has been inducted into the Michigan’s Women’s Hall of Fame and the Junior Achievement Hall of Fame, and has been named a Michiganian of the Year by The Detroit News and Michigan Women of Achievement and Courage by the Michigan Women’s Foundation.

Under Pasky’s leadership S³ was named among the Top 25 woman-owned businesses in the nation by Women’s Enterprise USA Magazine. The company has been ranked as a Top Diversity-owned Business in Michigan by diversitybusiness.com and recognized as a 101 Best and Brightest Companies to Work For by the Michigan Business and Professional Association (MBPA), a Cool Place to Work by Crain’s Detroit Business and a Michigan Economic Bright Spot by Corp! Magazine.

“It is a great honor to be recognized in such a momentous way,” Pasky said. “As a company, S3 was founded to remove barriers and provide opportunities for success to change people’s stations in life. Like The PuLSE Institute, we know that much more work remains to be done around poverty and social equity. Thanks to the continued efforts of Bankole, Tina Patterson and The PuLSE Institute, we shed light on these issues. They must be resolved.”

Attorney Tina M. Patterson, the president and director of research at The PuLSE Institute said the series is important because it is an opportunity to discuss what business must do to reduce poverty.

“Cindy Pasky is a corporate leader who is bold and unapologetic about the causes she supports, including advocating for results-based resolutions to fighting poverty and inequality. Unlike many in her position, she believes in the need for corporate executives to share in responsibility of the communities in which they serve,” Patterson said. “Her approach is not only unique, but necessary, since corporate entities have the power to change the economic landscape of their respective communities, which can assist in closing the persistent poverty and inequality gaps in our society.”

Patterson added, “Cindy Pasky understands this crucial but all too often overlooked nexus between corporate economic influence and social responsibility, and we look forward to furthering that dialogue through this series.”

Bankole Thompson, a nationally renowned journalist who is the editor-in-chief of The PuLSE Institute and the dean of the Institute’s Academy of Fellows, said the series is necessary to debate and measure the impact of corporations. Thompson is a twice-a-week opinion columnist at The Detroit News.

“Cindy Pasky has always maintained an independent streak. Nobody tells her what to do, what to say or who to associate with. That kind of distinctive quality in a business leader is important because we need to be able to have honest conversations with CEOs who are not concerned about how the political power structure is going to perceive their assessment regarding the state of poverty in Detroit,” Thompson said. “That is why naming this series after Cindy Pasky is important because we want to have a solution-oriented dialogue that is beyond a mere statement of social good. We want to see results, benchmarks and more importantly accountability.”

Thompson added, “It is not lost on any of us that poverty is the number one issue facing the recovery of Detroit. That is why it is morally imperative that any effort to confront inequality in this city involve the genuine participation of the major business community. That involvement needs to go beyond checking a box. This series will also broaden the conversation about ethical leadership and corporate social responsibility to include perspectives from around the globe.”

For more information about the series email info@thepulseinstitute.org