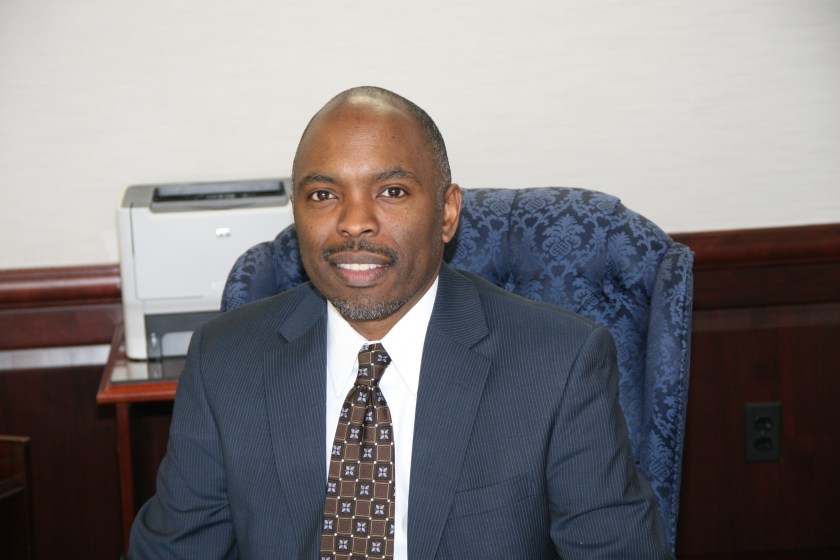 Editor’s Note: Attorney Tina M. Patterson, a Detroit native is the president and director of research at The PuLSE Institute. She was previously a federal government attorney with the Social Security Administration. During her stint at the Social Security Administration, she wrote legally binding decisions for administrative law judges throughout the United States and Puerto Rico. For submission inquiries contact Bankole Thompson the editor-in-chief and dean of The PuLSE Institute at info@thepulseinstitute.org.

“The old ways and the old attitudes toward colored people must be gotten rid of. They must be gotten rid of like weeds. And they cannot be planned out, or talked out, or worked out, or waited out. It is too late for that. These old ways and old attitudes, like weeds, must be pulled out! Paternalism and racism in all of our institutions and our civilization must go. In education, in government, in the sciences and in the arts, in the church and everywhere else, these attitudes can no longer endure. The forces of change are not moving in that direction.”

One of the most significant institutions that has had the most profound and lasting impact on the freedom, livelihood, and humanity of Black people in this country has been the court system. This institution, throughout the history of the nation, has tested the application of the law as it relates to the constitutional rights of Black citizens, and has had the power, in a single decision, to dramatically alter the social order of the nation, for better or worse.

Reverend Leon H. Sullivan, former pastor of Zion Baptist Church, the largest Black church in Philadelphia and first African American on the board of directors of General Motors, understood this immense power of the federal judiciary when he wrote in his 1969 book, Build Brother Build, that the real changes began in May of 1954. Reverend Sullivan was explicitly referring to the landmark Supreme Court case Brown v Board of Education, the ruling that struck down segregation in the public schools of America as unconstitutional. Prior to that, Reverend Sullivan wrote that growing up in his hometown of Charleston, West Virginia, “there were two distinct Americas, but with the Supreme Court decision the Black community and the white community for the first time began coming in contact.”

Sullivan was correct in stating that there were two distinct Americas prior to the Brown case, not only in his personal experience, but from a legal standpoint. Separate but equal, the legal doctrine governing race relations in America at that time, and confirmed in the 1896 Supreme Court case Plessy v Ferguson rendered that racial segregation was not a constitutional violation of the Fourteenth Amendment that guaranteed equal protection under the law to all people. Essentially, the highest court in the land endorsed the state-sponsored racial segregation felt by Sullivan and Blacks throughout the nation, which would continue for over 50 years until being overturned by the Brown decision in 1954.

This was not the first Supreme Court case that decided constitutional rights did not apply to Black citizens. The infamous and despicable 1857 Dred Scott v Sanford case held that the Constitution was not meant to include American citizenship for Black people, free or enslaved; therefore, rights and privileges guaranteed under the constitution did not apply to them. The Chief Justice of the Supreme Court, the number one judge in the nation, Roger B. Taney, authored the decision, writing that Black people were considered “as a subordinate and inferior class of beings who had been subjugated by the dominant race,” and “so far inferior, that they had no rights which the white man was bound to respect.”

These Supreme Court cases were instrumental decisions that defined American history. In fact, a plethora of civil rights battles were waged in the courts, often leading to victory by legal luminaries such as Thurgood Marshall, lead litigator of Brown v Board of Education and the first African American Supreme Court Justice, and Charles Hamilton Houston, Marshall’s mentor and former Dean at Howard Law School, who famously declared that a lawyer is either a social engineer or a parasite to society. The federal courts essentially dictated the social and political order of American life, determining the scope of freedom and how much rights were afforded to African Americans in this nation.

While these cases made their greatest impact at the highest level at the Supreme Court, they first had to go through the lower court levels of the federal judiciary- the district and appellate courts, where judges are appointed by the president and confirmed by the Senate. When we talk about the importance of democracy and voting for candidates to implement changes we seek to see in our society, we must not ignore the ability of who has the power to appoint individuals to the federal courts. The power of any one federal judge surpasses the power of any governor, mayor, city council member, or state legislator combined, and can even strike down the authority of the president of the United States as unconstitutional under our nation’s system of checks and balances.

Because of this enormous power to essentially define the rules of social hierarchy and determine the constitutionality of the laws in this country, the diversity of the federal judiciary is an issue we must keep at the forefront for social change that will continue expanding and upholding constitutional rights denied to Blacks in this country for centuries.

Diversity in the federal judiciary is an issue the country cannot afford to shy away from because it is an uncomfortable conversation, as are most topics concerning racial equality. And the numbers indicate that there is great work to be done in truly diversifying the federal bench, which is overwhelmingly 80 percent white. Additionally, at the federal appellate level, since 2017 under the administration of former President Donald Trump, of the 55 judges appointed the federal circuit courts of appeal, 85 percent were white, 80 percent were male, and not one of those judges was Black. These are lifetime appointments to serve on a judicial body that has direct influence over the interpretation of our nations laws. These judges have the power to singularly shape the direction of the nation for generations to come, and African Americans and other people of color cannot afford to be on the sidelines while others continue to shape their future.

The absence of diversity also culturally handicaps the federal bench and creates a missed opportunity of unique perspectives to shape this country in order to form a more perfect union. Black federal judges have contributed monumentally to the advancement of this society, including former Justice Thurgood Marshall, Judge Damon J. Keith of Detroit, former Senior Judge of the US Sixth Circuit Court of Appeals, and Judge Constance Baker Motley, first African American woman appointed to the federal judiciary.

These judicial titans represented the finest in American jurisprudence, reframing the judicial narrative to extend previously denied constitutional rights to Blacks and other marginalized groups, thereby guaranteeing the Supreme Court mantra of equal justice under law. They helped to shape American history for the inclusion of all groups, not simply their own, and without their contributions, the nation would have suffered a significant drawback in its civic and cultural advancement.

Despite these positive contributions, old attitudes and beliefs about Black people, while correctly identified by Reverend Sullivan as ways of the past, have nevertheless persisted throughout the federal judiciary. Still, as Sullivan wrote, “the forces of change are not moving in that direction,” and at least one federal judge is sounding the alarm on what needs to change.

In Judge Randon’s presentation, he explicitly noted that implicit bias and discrimination play a role in reduced bankruptcy relief for Black debtors. Specifically, Judge Randon cited data that Black debtors are almost twice as likely as white debtors to file a Chapter 13 bankruptcy, even though it offers less potential for a fresh start, and that attorneys recommended this less beneficial procedure for Black debtors 55% of the time as opposed to only 29% of the time for whites. As a solution to this inequity Black filers face, Judge Randon stated that we must work to diversify the federal bar and judiciary to help end the unfair treatment of debtors based on race.

Change will only happen with voices and perspectives, such as Judge Randon’s that share and empathize with the voices and perspectives so often left out of the socioeconomic wheels of power. Individuals with this background must also be honest enough to identify the direct issue of racial discrimination followed by a call to action to rectify the situation.

In fact, the diversification of the federal bench and bar should be a mandate by any African American lawyers group, not just a timely and relevant issue for conversation without follow-up or demand for change.

Now is the prime opportunity to apply the pressure necessary to implement diversity, as the American system of jurisprudence has returned prominently to the spotlight with the recent guilty verdict of Derek Chauvin for the brutal murder of George Floyd. This verdict represented a significant and powerful victory for Black people in our historic dealings with the court system, and certainly created a new possibility of justice and equality in the never-ending battle to uphold Black humanity.