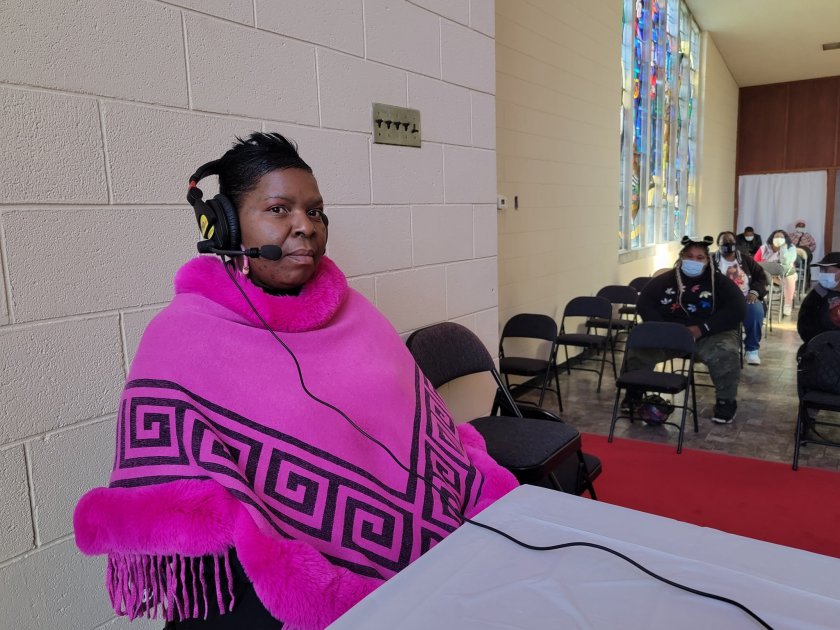 The people who live in Benton Harbor, the small Black community tucked away in the Southwestern part of Michigan, are tired of the lead water crisis that has engulfed their city.

They are very upset that for the last three years, they’ve been exposed to high levels of lead in their drinking water, and that it is only now that local and state officials seem to be taking the matter seriously.

They are no longer willing to accept this abject failure of state government as a way of life. That the state is just now acting to address an issue that has been brewing for the past three years is not only shockingly disappointing, but it is something that should not have been allowed to happen in the first place given what similarly took place in Flint, another majority Black city.

That was the message Benton Harbor residents shared with me last Saturday, when I took my daily radio show REDLINE on the road and hosted a live two-hour town hall broadcast on 910AM in that city.

Dozens of frustrated residents observing COVID-19 protocols and wearing their masks, showed up for the town hall forum. It was historic because it was the first time in the modern era, that a radio station from Southeastern Michigan aired a live town hall style broadcast in Benton Harbor to spotlight the socioeconomic and political issues unraveling in that city.

Expressing feelings of vulnerability and anger, several residents including Bobbie Clay told me during the broadcast, that Gov. Gretchen Whitmer needs to realize that the Black families who live in Benton Harbor are human beings. Because of that Clay said, they too deserve access to clean and safe water.

Concerned for the future health of her community and family, Clay, wants the Democratic administration in Lansing to move heaven and earth and fix the problem right away.

Her demands are not unreasonable. They should be met with all deliberate speed because water is a human right.

As Clay revealed to other members of the panel and myself during the broadcast, she’s not only dealing with lead in her water, she’s also facing unacceptable levels of high water bills. She said she basically stopped paying water bills for now. Her current bill is $1,800.

Caroline Gray, another Benton Harbor resident doubled down on the water rates during the forum, arguing that because of the compounding water issue, no resident should be paying water bills right now until the problem is fixed. She said no matter how long it takes to make the water in her city safe and drinkable again, the people of that disenfranchised city must not be forced to pay for water.

Unfortunately, beyond the banner headline of the lead water crisis, what has not been reported in the mainstream media, which doesn’t given Benton Harbor a fair shake in coverage, is the large water bills.

To put it simply, Benton Harbor’s Black community is not only exposed to lead in their drinking water, but they’re also confined to paying exorbitant water rates. As I stated during the broadcast, that’s akin to moving from the frying pan into the fire.

It’s unconscionable to imagine that such would take place in any rich White suburban city in Michigan or even in St. Joseph, the community that’s adjacent to Benton Harbor.

Gov. Whitmer needs to grant a moratorium on water rates right now. The governor can convene with Benton Harbor Mayor Marcus Muhammad, whose leadership of the crisis in the city faced serious scrutiny from residents at the town hall. The mayor who is currently being recalled according to some residents has woefully failed to step up at a time when his community needed him the most.

There’s no doubt that what has taken place in Benton Harbor so far, is also an abdication of responsibility and bold leadership on the part of the local government there.

Community members including civil rights activist Reverend Edward Pinkney have done more to sound the alarm in demanding both federal and state intervention than the local municipality itself.

Saturday’s broadcast showed that though Benton Harbor is under siege by a public health emergency due to the discovery of high levels of lead in the water, the people are willing to fight back. They’re not giving up and are resilient in their continued efforts to ensure that such remarkable failure of government never happens again.

Bankole Thompson is the editor-in-chief and dean of The PuLSE Institute. He is a twice-a-week opinion columnist at The Detroit News and the host of REDLINE,  a two-hour program, which airs Monday-Friday, 11am-1pm on 910AM Super Station-Detroit.