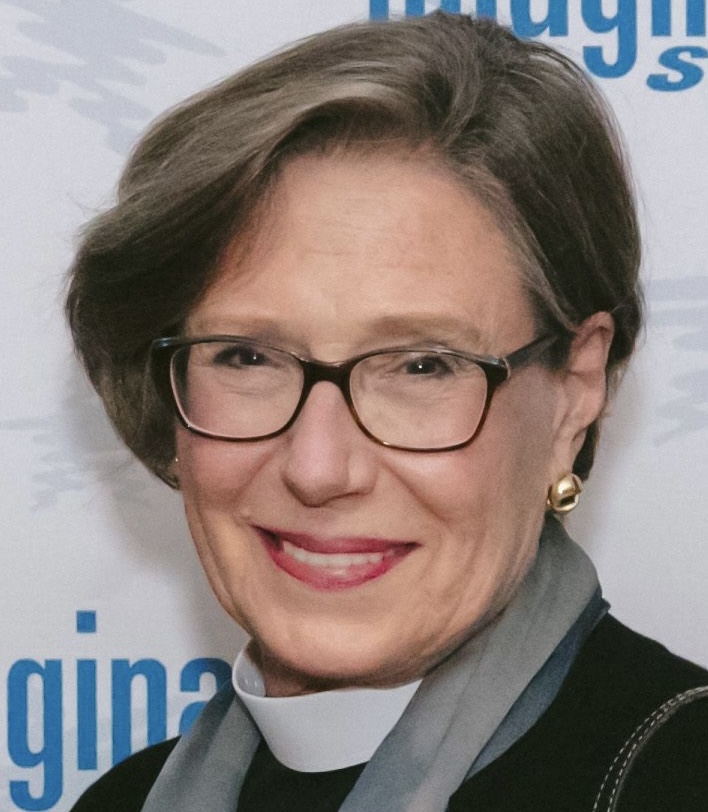 Ambassador Derse is the latest to appear before The PuLSE Institute, and is the first ex- longtime senior State Department official, who has been invited to address the high-profile platform that Detroit’s national anti-poverty think tank provides for the discussion of issues that validate the need for equitable solutions to the crisis of poverty and racial inequality in the country.

The forum featuring Ambassador Derse will mark the launching of a corporate responsibility and leadership series named after Cynthia J. Pasky, the president and CEO of Strategic Staffing Solutions, an international IT staffing company headquartered in Detroit, and one of the city’s business leaders. Pasky, who has emphasized that poverty remains a major issue for Detroit to tackle has appeared on the Institute’s CEO Forum on Poverty Series, the flagship forum with industry captains about inequality. The new series which will be held on an annual basis, was announced in March of this year.

“I am delighted to join The PuLSE Institute, one of America’s most dynamic thought leaders in the fight against poverty and inequality, to launch the Cindy Pasky Corporate Responsibility Leadership Series,” Derse said. “Cindy Pasky is a visionary and compassionate corporate leader who has made a difference in the lives of many in Detroit and the world. She is a model of how we all can employ our personal and professional power and resources to serve the common good. I have been honored to work with her in my career a diplomat and as an Episcopal deacon, and look forward to exploring with you on January 10 how we galvanize communities and community leadership for change drawing on this experience.”

Registration for the forum, which is free and open to the public, can be obtained here at Eventbrite.

Derse, has held high-level positions managing economic relations at the U.S. mission to the European Union, and at the U.S. embassies in Korea, the Philippines and in Belgium, where she served as the last U.S. Commissioner on the Triparite Gold Commission.

She was Special Assistant for Asia 1993-95 and Executive Assistant 2003-04 to the Under Secretary of State for Economic, Business and Agricultural Affairs. In 2004-05, she assisted in establishing the new U.S. Embassy in Iraq, where she headed the Economic Section. She worked as Director for Bio-defense Policy at the Homeland Security Council at the White House in 2005-06, helping to write the President’s Plan for Fighting Pandemic Influenza. She retired from the Department of State in 2012. Earlier in her career she served in Singapore and Trinidad and Tobago.

An ordained minister in the Episcopal Church who attended the Wesley Theological Seminary in Washington D.C., Derse, is a deacon in the Episcopal Diocese of Washington and a minister for community engagement at St. John’s Norwood Episcopal Church in Chevy Chase, Maryland, where she worked since 2014 supporting advocacy and ministry on social justice issues including racial equity, food insecurity, gun violence prevention, support for immigrants and refugees, alleviating homelessness etc.

The PuLSE Institute was founded in 2018 based on the writings of nationally renowned Detroit journalist and author Bankole Thompson, who is a twice-a-week opinion columnist at The Detroit News. Thompson, whose illuminating and influential work on economic and racial justice issues has elevated the discourse around poverty and inequality, serves as the editor-in-chief and dean of the Institute.

The Institute’s National Advisory Panel is made up of some of the leading voices on poverty and inequality of the last half a century including Dr. Arun Gandhi, the grandson of Mahatma Gandhi, Dr. Bernard Lafayette, national coordinator of the 1968 Poor People’s Campaign, the watershed moment of the Civil Rights Movement, who was a top aide of Reverend Martin Luther King Jr., Sister Simone Campbell, Catholic social justice champion, Bishop Charles E. Blake, Presiding Bishop Emeritus of the Church of God in Christ, the largest Black Christian denomination in the country and former presidential diarist Janis F. Kearney.

“Bankole Thompson and The PuLSE Institute play the critical role of the social prophet – proclaiming without compromise what is wrong in our world, and what must be done to right it,” Derse said. “The partnership between Cindy and The PuLSE Institute in this wonderful new leadership series is an exciting development. I am confident the series will develop as an important forum to spark new ideas and tap new and unlikely voices to tackle the toughest problems in our communities and our world.  I’m honored to join you in the launch.”

“We are honored that Anne is our inaugural speaker in the Cindy Pasky Corporate Responsibility Leadership Series. In her role as U.S. Ambassador to Lithuania, we have enjoyed a close relationship with Anne over the years as a true friend to S3. Anne’s remarkable career in both the U.S. State Department and as a church Deacon demonstrates her compassion and commitment to humanity,” Pasky said.

Attorney Tina M. Patterson, a racial justice advocate, who is the president and director of research of The PuLSE Institute said the forum is timely as it kicks off the 2022 calendar year for the Institute.

“Poverty is not only the greatest issue threatening the prosperity of Detroit, but it is one of the world’s greatest social ills. In fact, ending poverty in all its forms everywhere is the number one goal of the United Nations Global Goals to create a better world by 2030,” Patterson said. “As such, we are honored to have Ambassador Derse address The PuLSE Institute, as she brings her vast and diverse global experience to push the need for corporate resources and other viable means to solve the dire crises of poverty and inequality.”

Bankole Thompson, the forum moderator noted, “It is important to push the issue of poverty at the highest levels of the corporate ladder. It is not lost on us that those who sit on top of the economic mountain sometimes can be so out of touch with the realities on the ground that they abandon the many who are confined in the intensive care unit of economic desolation. Detroit is a case study of this reality and in many ways reflect the state of our nation.”

Thompson added, “We must convey the need for a strong sense of urgency to confront poverty. That is why we are looking forward to Ambassador Anne Derse’s keynote on the common good, and the responsibility of those who have the power and the resources to respond to this era’s greatest challenge of inequality instead of looking away with callous indifference.”

She also received the Bethesda Chamber of Commerce Award for Excellence in Individual Leadership in 2020, and the YIVO Institute for Jewish Research Leadership Award and the Balzekas Museum of Lithuanian Culture Award of Excellence in 2014. She is a member of the American Academy of Diplomacy and serves on the boards of the American Councils for International Education and the American Friends of the Episcopal Diocese of Jerusalem.

Derse received a B.A. in French and Linguistics from Macalester College in St. Paul, Minnesota in 1976 and an M.A. in International Relations from John’s Hopkins SAIS in 1981. She speaks French, Italian, Lithuanian and Azerbaijani.