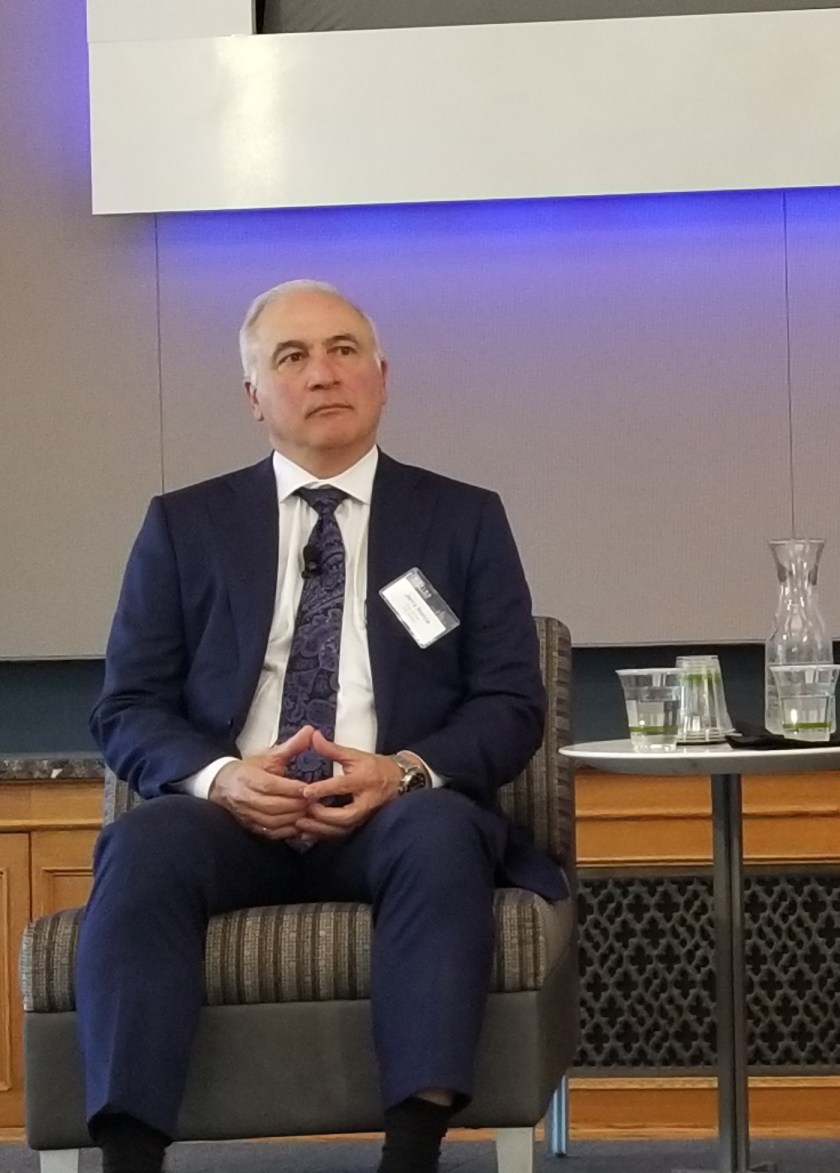 Jerry Norcia, a major industry captain who is the Chairman, President and CEO of DTE Energy, a Fortune 500 utility company, has been selected as one of the keynote speakers for the inaugural PuLSE National Conference on the Economy, Equity and Energy, organized and hosted by The PuLSE Institute, Detroit’s national, non-partisan and independent anti-poverty think tank.

The poverty-themed conference will be held virtually this year on Thursday, September 15, from 8:00 a.m.-12:00 noon and will feature riveting and solution-oriented keynote presentations and cutting-edge panel discussions about how to address the salient issues of poverty and inequality in urban America including Detroit, the nation’s largest Black city, and one of the most impoverished in the country. Registration for the conference is now open for interested participants to do so on Eventbrite.

The September gathering will be the Institute’s annual racial and economic justice conference for policy makers, scholars, industry captains and community advocates working towards creating an ethical economy that guarantees equality for all.

The theme for the 2022 conference “Building Towards An Equitable Economy That Works for the Poor,” will examine what needs to be done by policy makers, business leaders and the racial justice community to support poor and disenfranchised communities that are being left behind in the new coronavirus economy.

In light of how marginalized and disenfranchised communities have been adversely impacted by the pandemic, the conference will also focus attention on the linkages between unemployment and poverty as well as how decent and well-paying jobs are out of the reach of low-wage workers.

“Low-income communities and communities of color, in many cases, don’t have access to opportunities that can create prosperity for the individual, their family, and by extension, the town where they live,” Norcia said in a statement about the conference. “We need to break the poverty cycle for people and families by getting government, non-profits and corporations like ours together to remove the barriers that prevent access to a prosperous future.”

Norcia, who took over the top leadership at DTE Energy in 2019, is a trained engineer, who sits on several boards of organizations in the state including Business Leaders for Michigan. He is a board member of the American Gas Association, Edison Electric Institute, Nuclear Energy Institute and the Institute of Nuclear Power Operations, where he is engaged in shaping the future of the energy industry.

“Ending poverty and protecting the environment through affordable and clean energy are two of the major goals of the United Nations’ Sustainable Development Goals to transform our world. At The PuLSE Institute, we recognize the crucial cross-section of these goals when it comes to improving environmental quality in impoverished communities and creating opportunities for economic growth in these communities to enhance quality of life,” said Attorney Tina M. Patterson, the President and Director of Research at The PuLSE Institute.

Patterson added, “With our inaugural Building Towards An Equitable Economy That Works for the Poor Conference, we are merging these interests and bringing industry leaders in the energy field to discuss how their resources can be utilized in furtherance of meeting those goals. The PuLSE Institute, headquartered in Detroit, a city struggling with poverty, yet known for its leadership in the energy sector, is the ideal place to feature this much needed discourse on our future.”

Bankole Thompson, the distinguished and nationally renowned Black journalist, author, and cultural critic whose longstanding, illuminating and influential work on race, democracy and poverty inspired the founding of The PuLSE Institute four years ago, said the conference will be a crucial venue to table directly the issues that are adversely impacting Black communities like Detroit and how to confront them.

“This coming conference is not your typical forum. We want to get to the bottom of the crisis of inequality. The impact of the coronavirus pandemic has shown us how disenfranchised and marginalized communities are the first ones to suffer any kind of economic and social devastation,” said Thompson, who is the Executive Dean and Editor-in-Chief of The PuLSE Institute, and Detroit’s premier Black opinion columnist and most outspoken voice on racial equality in the media in Michigan.

Thompson is a twice-a-week opinion columnist at The Detroit News, where his column on the presidency, culture and socioeconomic issues appears on Mondays and Thursdays. He is the host of the daily two-hour urban affairs radio program, REDLINE which airs Monday-Friday, 11am-1pm on 910AM Super Station-Detroit.

“The drivers of the economy must join the effort in bending the arc of the moral universe towards justice when it comes to poverty in the Black community. It is not a difficult demand,” Thompson said. “It is simply calling for conscientious and seriously genuine business leadership that recognizes that a profit driven motive is not the answer to the challenges facing the humanity of those whose lives and experiences remain a monument to gross inequality. Business must be concerned about equality because there is a fierce urgency to do so.”

Thompson added, “No other issue right now in America’s urban core trumps the crisis of poverty and income inequality, and that is why we are focusing on it at this year’s conference.”

The PuLSE Institute is at the center of the poverty debate with a high profile speaker forum that convenes leaders from various industries to speak on the issues of the day. Previous speakers include Minnesota Attorney General Keith Ellison, who presided over the successful and historic prosecution in the George Floyd murder trial, Dr. Natalia Kanem, United Nations Under-Secretary General and Executive Director of UNFPA, former U.S. Ambassador Anne Derse, Dr. Julius Garvey, the son of Marcus Garvey, United States Bankruptcy Judge Mark Randon and others.

The Institute’s National Advisory Panel is made up of civil rights luminaries, anti-poverty champions and humanitarians of the last half century including Sister Simone Campbell, who recently received the Presidential Medal of Freedom.

More speakers about the fall conference will be announced in the coming weeks. For inquiries about the forum email info@thepulseinstitute.org.