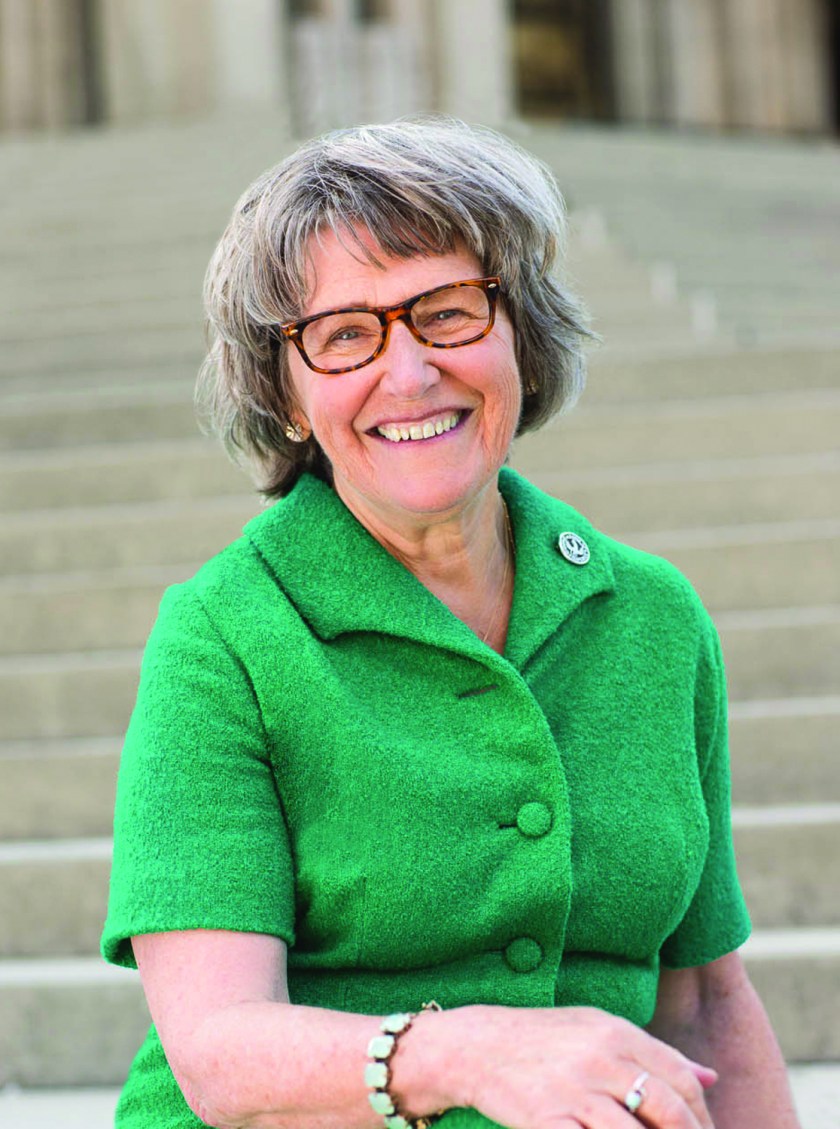 Sister Simone Campbell, SSS, one of the nation’s leading champions for social justice, and a member of The PuLSE Institute National Advisory Panel, will receive the 2022 Presidential Medal of Freedom on Thursday, July 7 at the White House.  Campbell is among 17 individuals who are going to be honored by President Joe Biden for their commitment to the nation and for distinguishing themselves in varying and diverse fields of endeavor.

Campbell, who is a conscience of the American Catholic Church for consistently pushing issues of economic justice, immigration reform and healthcare policy is the former executive director of NETWORK, the noted Catholic organization in Washington D.C. At NETWORK, she led prominent campaigns around the nation including the famous “Nuns on the Bus” campaign to bring attention to the disturbing levels of income inequality.

Sister Campbell was among the first individuals in the country who readily answered the call of The PuLSE Institute, Detroit’s national independent anti-poverty think tank, to join the organization’s national advisory board in August of 2018, one month after the Institute was established.

“Sister Simone Campbell is a rare voice that is bold and unafraid to speak from a place of deep faith leadership against the many injustices of society, such as poverty and racism. She speaks from a profound moral core and challenges political and faith leaders, including her colleagues and fellow worshippers in the Catholic Church, to do more for the least of these in our society,” said Attorney Tina M. Patterson, the president and director of research at The PuLSE Institute. “As an African American of Catholic faith, I am glad to see Sister Campbell use the power and influence of the Catholic Church as a force for equality and a moral bully pulpit to distribute justice that too often escapes marginalized communities. We at The PuLSE Institute are honored to have her as a member of our National Advisory Panel and congratulate her with great pride in receiving the Presidential Medal of Freedom.”

The founding of The PuLSE Institute four years ago, was inspired by the writings of the distinguished Black journalist, author and cultural critic Bankole Thompson, whose illuminating and influential work on economic and racial justice issues has elevated the discourse around poverty and inequality in Detroit, the nation’s largest Black city.

Thompson, whose work is known for putting the searchlight on the uncomfortable issues of race, freedom and justice is Detroit’s premier Black opinion columnist. He writes a twice-a-week opinion column at The Detroit News, a daily radio show host and is the executive dean and editor-in-chief of The PuLSE Institute.

“Sister Campbell has been a remarkable force for good and the Presidential Medal of Freedom is being given to a very deserving individual with deep compassion for her fellow human beings. Her life’s work challenges humanity to step up and forces the church to be concerned about the issues of poverty and racism. There is no better example of an individual in modern America who has lifted up both the Bible and the Constitution to challenge the hypocrisy of our leaders and insist that our government pay attention to the neglected and disenfranchised than Sister Simone Campbell,” Thompson said. “When I invited her in 2018 to come on board The PuLSE Institute, she received the invitation with a profound recognition of the work that still needs to be done to address the crisis of income inequality in cities like Detroit that are among the highest concentration of poverty in the nation. She has been an important part of our work.”

When she joined The PuLSE Institute in August of 2018, Sister Campbell said, “Income and wealth disparity is one of the biggest crises of our day. I am excited to join a group that’s working on addressing the real-life implications for this crisis. May we make progress.”

Two months later, Campbell wrote a column published by the Institute challenging Congress to take steps to address poverty. In March of 2020, she was scheduled to deliver the keynote address at a national symposium on tax justice in Detroit that The PuLSE Institute was organizing to put spotlight on the $600 million overtaxation of Detroit homeowners. But the program was called off because of the emergence of the coronavirus pandemic at the time.

“We congratulate Sister Campbell for such a recognition of her longstanding crusade in giving hope to humanity,” Thompson said.