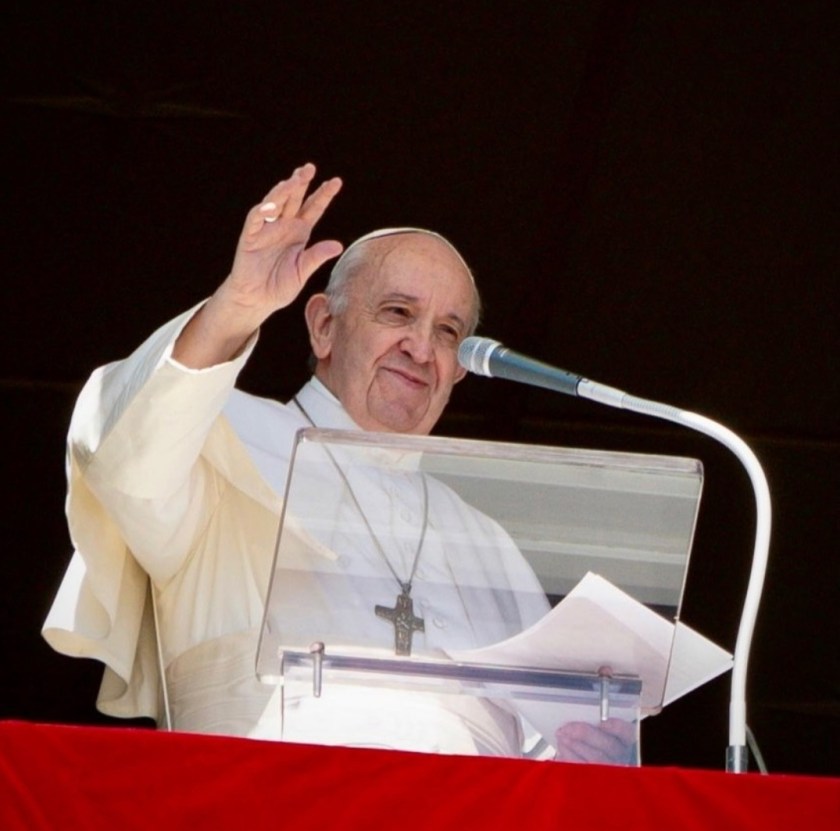 Just hours after Pope Francis begged for forgiveness for the Catholic Church’s shameful treatment of Indigenous peoples in Canada’s abusive residential school system, Francis directed his attention specifically to Catholic worshippers, saying that all churches should be respectful of different cultures and “open and inclusive.”

In light of admission of these egregious offenses committed by the Catholic Church, the Pope and the Church in general should focus similar efforts on the Institution’s shameful legacy in Black America, beginning with the Church’s role in chattel slavery.

The Church did not simply offer tacit approval of slavery. Rather, it was an active participant in this evil institution and utilized slavery to sustain the operations of the clergy and finance construction and operations of its churches and schools. Most notably, Georgetown University, the nation’s first Catholic institution of higher learning, was sustained through the forced labor and profits derived from the sale of slaves. In fact, when Georgetown was suffering from mounting debt and near financial ruin in 1838, the Jesuits sold 272 enslaved men, women and children to two plantations in Louisiana and used part of the profits from that sale to rescue the college.

Jesuit records also confirm that slave labor supported Jesuit missions, churches and schools all across the country, including Maryland, Pennsylvania, Missouri, Kentucky, Louisiana, Alabama, Illinois and Kansas. While Jesuits have taken responsibility for past involvement in slavery, including pledging $100 million to descendants, the damages go far beyond that dollar amount both economically as well as psychologically when considering the harm inflicted upon the psyche of the social order that still clings to that poisonous racial hierarchy today.

In addition, the history of Black leadership in the Catholic church has gone largely ignored, overlooked, and at times, even completely dismissed or revised. One such example is that of Mother Theresa Maxis Duchemin, an African American of Haitian descent, who co-founded Sisters, Servants of the Immaculate Heart of Mary, a predominantly white Catholic sisterhood headquartered in Michigan.

Despite her co-founding of the institution, Immaculate Heart of Mary concealed her involvement in its founding for more than 160 years, a fact kept closely under wraps by leadership in its communities who did not want to be associated with a Black sister. According to letters written by sisters, it was “embarrassing,” “unpleasant,” and “would scare white people away from their ministries.”

As a Black Catholic woman and parishioner of a Jesuit Church, the history of the Catholic Church and its participation in slavery is particularly shameful and unacceptable, not unlike the stain of slavery upon the United States of America as a whole. However, I believe in the power of change and the power of truth to bring about change. As the late, great African American writer James Baldwin declared, “Not everything that is faced can be changed, but nothing can be changed until it is faced.”

This is the moment for the Church to face its history and use it to create change for a better, more equitable future. After the heinous murder of George Floyd in 2020, the microscope was placed upon the soul of every institution in this country to deeply reflect on its role in the maintenance of systemic racism. The Catholic Church likewise had to look within and still has much that it must atone for with honest commitment and serious action.

It can start by embracing the changes and harsh truths brought about by its leader, Pope Francis, himself a Jesuit, who has stressed the need to “be healed from the temptation of choosing to defend the institution rather than seeking the truth.”

Yet rather than preaching empty words of encouragement, Pope Francis has applied action behind his words by placing predominantly marginalized groups into positions of power throughout the church. In a most historic development, Pope Francis recently appointed women to the Dicastery of Bishops, the office that advises him in the choice of bishops across the globe, a move that had never been made before in the Church’s centuries long history.

Furthermore, Pope Francis has significantly diversified the College of Cardinals, the Vatican body in charge of selecting the next pope, by appointing more African and Asian members to the body. In doing so, Francis is actively shaping and transforming the future of the Church into one that better reflects the global demographics and values of our ever-evolving society.

The Catholic Church has an additional champion for change and equality in Sister Simone Campbell, SSS, who is among the strongest Catholic voices for social justice. Campbell, who recently received the Presidential Medal of Freedom, the highest civilian award in the nation, from President Joe Biden, famously led the Nuns on the Bus protest against tax injustice. She also boldly spoke out against the $600 million in over taxation of Detroit home owners in 2020, calling the egregious indignity a robbery that “is an attack on the common good, and “one that undermines faith in government and further exploits people of color already being hurt by this unjust system.”

The examples of Pope Francis and Sister Campbell should serve as a template for leaders of Catholic churches to follow. Platitudes in support of racial and social justice preached by pastors at Sunday Mass will continue to go empty without action backing those words. This includes actions by Francis and Campbell such as elevating Black leadership and expressing a louder voice in challenging civic and political leadership that takes advantage of marginalized communities.

As a glaring example, with the plethora of Catholic churches and organizations in Detroit, Sister Campbell, based in Washington DC, should not have been the loudest and singular Catholic leadership voice on the record chastising the $600 million over taxation of Detroit homeowners by its own government. If the Church is to redeem its history of looking the other way on issues of racial justice, it can begin a course correction by speaking out against the injustices of the modern day as well.

Injustice anywhere is a threat to justice everywhere. These famous and noble words by Rev. Martin Luther King Jr. apply even when the injustice is inflicted upon by an institution that preaches humanity, either through its actions or through its silent acceptance serving as tacit approval.

Now is the time to answer the call in these ever-historic times for the Catholic Church to admit its own shortcomings and actively work to repair the damage done to the communities upon which it inflicted pain. The Catholic Church influence remains strong, but stained by its insidious actions of the past, such as what happened to the indigenous communities in Canada. Yet now is an excellent start to acknowledge the grievances and provide a path toward a holistic remedy, healing, and a more just society of the future.

For submission inquiries contact Bankole Thompson the Executive Dean and Editor-in-Chief of The PuLSE Institute at info@thepulseinstitute.org.