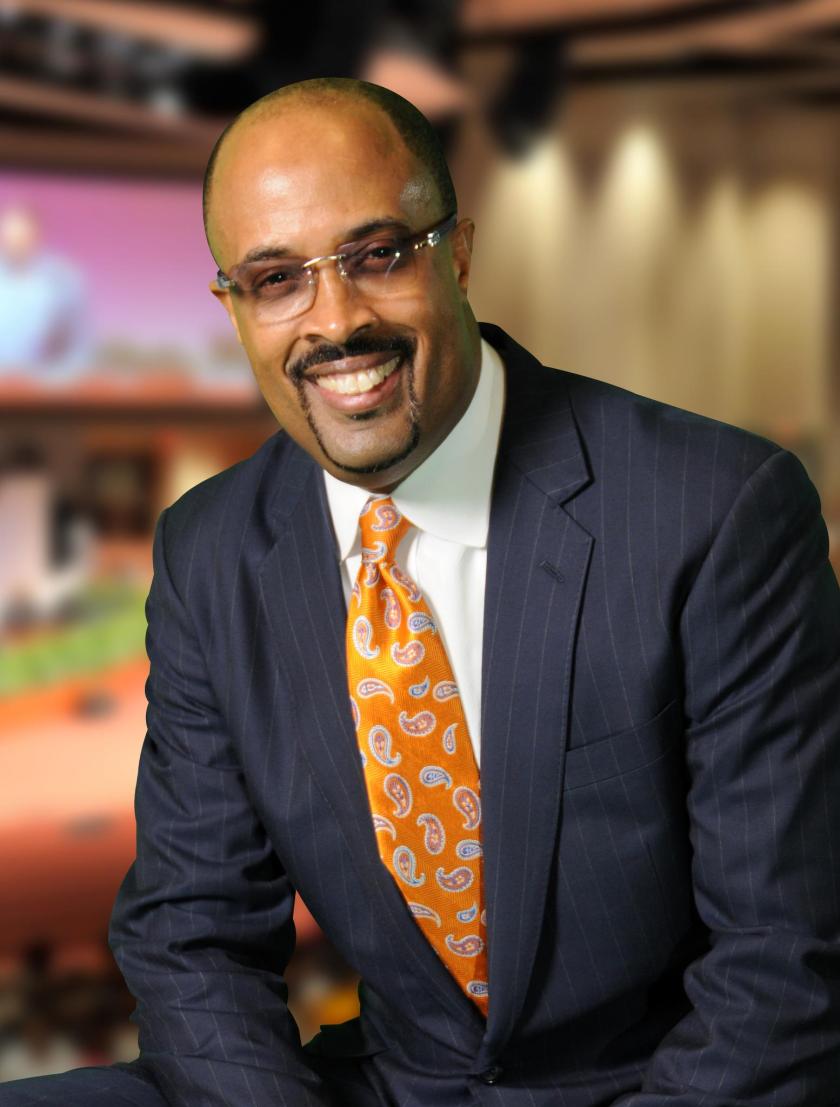 Reverend Dr. Frederick Douglass Haynes III, the senior pastor of Friendship West Baptist Church in Dallas, Texas, and one of the most influential African American ministers in the country whose vibrant anti-poverty crusade brings moral clarity to the essence of the Black Church, has accepted the invitation of The PuLSE Institute to deliver the inaugural keynote address at the launching of the “Reverend Solomon W. Kinloch Jr. Lecture Series on Church Influence on Social Equity and Economic Justice.”

The inaugural Black Church Lecture Series, which is open to the public, will be held online on Monday, April 5, 4-6pm, the day after the assassination anniversary of civil rights leader Reverend Martin Luther King Jr. To register for the series visit https://www.eventbrite.com/e/rev-freddy-haynes-to-keynote-lecture-on-black-church-and-social-justice-tickets-144804109991

The Black Church Lecture Series is named after Solomon Kinloch, a nationally renowned Detroit pastor, who is one of the leading voices from the faith community pushing for an inclusive economic recovery in America’s largest Black city. Kinloch is the senior pastor of Triumph Church in Detroit, which Outreach Magazine, the Christian publication, has billed as one of the fastest growing Black congregations in the nation.

The series will particularly examine the didactic message of the Rev. Martin Luther King Jr., who in his Letter From Birmingham Jail, handed down a challenge to the church to be an anchor of social progress.

“Pastor Solomon Kinloch is admired and applauded by his colleagues around the country as a game changer and a model for doing church ministry in the 21st century,” Dr. Haynes said in a statement to The PuLSE Institute. “In the rich tradition of the liberating and community empowering wing of the Black church, Kinloch, has led Triumph Church to major in ministry to the marginalized. Kinloch has led Triumph to preach and live out a gospel that saves souls and transforms communities while redeeming the soul of society.”

Dr. Haynes added, “I’m especially excited to share in this Lecture Series and salute this phenom of a pastor and explicate lessons from this preacher who recognizes that the gospel is spiritually social and socially spiritual.”

Dr. Haynes, a scholar of liberation theology, is one of the nation’s leading thinkers on the subject of making the church relevant in the 21st century. After earning his doctorate in ministry from the Graduate Theological Foundation, Dr. Haynes furthered his theological studies at Christ Church at Oxford University in the United Kingdom. His dissertation at Oxford was titled, “To Turn the World Upside Down: Church Growth in a Church Committed to Social Justice.”

In what he called A Bill of Rights for the Poor, a declaration of his church’s commitment to address poverty, Dr. Haynes wrote, “The poor have a right to a public policy agenda that invests in human beings. To this end, we are calling for the creation of ‘Communities of Opportunity’ where there has been historic neglect and economic apartheid. These “communities of opportunity” should eliminate all forms of economic predators that preclude economic development.”

He further noted, “The poor should have the right to full employment and a guaranteed income that enables them to rise above the poverty level. We call for government investment in community-based and cooperating partnerships that generate jobs. Wherever there are areas of concentrated unemployment there must be a concentrated effort to bring jobs and opportunity.”

Dr. Hayne’s deep commitment to social transformation in fighting poverty and inequality is central to his remarkable public witness reflected in his courageous and unrelenting championing of issues of civil and human rights, all of which have earned him the distinction and respect of many across the political spectrum.

For example, in 2013, Dr. Haynes, was invited to deliver a special prayer for former South African President and anti-apartheid icon Nelson Mandela at the Washington National Cathedral during a National Memorial Service to honor the life of the 20th century liberator. Former Vice President Joe Biden, who led the national delegation of members of Congress and other leaders of the federal government spoke at the tribute for Mandela at the National Cathedral. He was recently inducted into the International Civil Rights Walk of Fame.

“The Black church has long been a bedrock of social change for advancing civil and human rights for African Americans, and it has produced some of the finest leaders the nation has ever witnessed, none greater than the Reverend Dr. Martin Luther King, Jr. The Black church has also cultivated the revolutionary study and practice of liberation theology, which focuses on social concern for the poor and political liberation for oppressed populations,” said Attorney Tina M. Patterson, the president of The PuLSE Institute. “This lecture series, named after the Reverend Solomon Kinloch, one of the finest contemporary examples of Black ministers who preach in support of social justice for the poor and oppressed, will examine how The Black Church must continue in these historical footsteps, as we continue to grapple with the legacy of slavery and racism in our body politic, along with the growing inequality between the rich and the poor.”

Patterson added, “The Black church’s indelible history as change makers and social advocates for the poor cannot be underestimated, and with the inaugural keynote by the honorable Reverend Frederick Haynes, the future of The Black church and its message of social gospel is in the greatest hands to continue its everlasting mission.”

The founding of The PuLSE Institute was inspired by the writings of the esteemed journalist, author and culture critic Bankole Thompson, whose illuminating and influential work on economic and racial justice issues has elevated the discourse around poverty and inequality in Detroit. Thompson serves as the editor-in-chief and dean of The PuLSE Institute. He is a twice-a-week opinion columnist at The Detroit News and a daily radio show host.

“Reverend Frederick Haynes is not only one of the best articulators of the human sphere in liberation theology and the modern Black church, but he is at the very core a civil rights activist, and one who is responding to the challenge that Dr. King left for the church,” Thompson said. “This series named after Reverend Kinloch, whose ministry is rooted in the undying need to respond and tackle the challenges of poverty and inequality, will seek to be a forum for solution-oriented discourse and robust debate about the future of the Black community anchored on the relevance of the Black church.”

Thompson added, “In one of his memorable critiques, the late great theologian Reverend Cain Hope Felder called the Black church a ‘sleeping giant.’ It is not lost on me that the work of Dr. Haynes in speaking truth to power shows us that this ‘sleeping giant’ has power to transform our communities from becoming rivers of desperation and despondency. We here at The PuLSE Institute are looking forward to Dr. Haynes’ exposition on where the Black church should be right now as many people are crying out that they can’t breathe.”

The audience for the program is being drawn from a cross section of the global community to include ministers, activists, business leaders, entrepreneurs, students and those who are concerned about the state of the Black community in relation to the Black church.

For more information about the Lecture Series email info@thepulseinstitute.org.