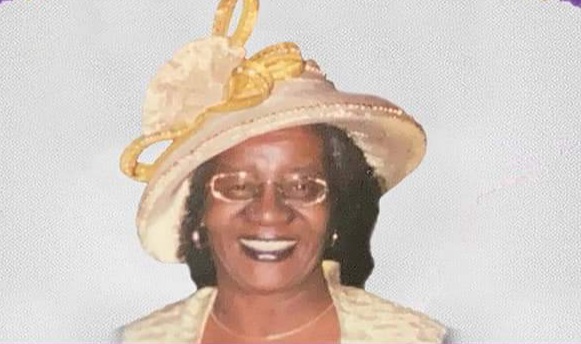 Bankole Thompson, the editor-in-chief and dean of Detroit’s national anti-poverty think tank, The PuLSE Institute, and one of the most preeminent Black journalists on race and economic justice issues, will deliver a tribute this morning at the public funeral of Janie Cousar Kinloch, a daughter of the American South, who worked on the cotton plantations of South Carolina during Jim Crow. Cousar Kinloch, who passed away on July 3, is the mother of Reverend Solomon W. Kinloch Jr., the nationally renowned senior pastor of Detroit’s Triumph Church, the largest African American congregation in the city, and which Outreach Magazine described as one of the fastest growing Black churches in America.

Mother Kinloch, as she is affectionately known, was born on March 7, 1943 in Dillon County, South Carolina, a state that is central to the Black experience because of its deep and sordid history as one of the major anchors of slavery, and a founding member of the Confederacy.

“Born to Archester ‘Tang’ Cousar, Sr. (1900-1975) and Copearl Cousar-McCall (1914-1978) just two years before the end of the 1945 Second World War II in a state, where the American Civil War began, and where the first shots were fired on Fort Sumter in 1861, and in Dillon County, Mother Kinloch, understood that life wasn’t going to be easy as she toiled from dawn to dusk on the cotton fields of South Carolina,” according to an obituary tribute. “Despite the weariness, uncertainty and the hardship she faced picking cotton in Dillon County, whose economy was largely based on agriculture as cotton remained one of the dominant products, Mother Kinloch, was determined to rise out of the Jim Crow South and join the Great Migration to the North.”

“She embarked on that journey to Detroit in 1967, the same year that the race rebellion rocked the Motor City. Coming to Detroit as part of the Great Migration was a pivotal moment in Mother Kinloch’s life as many Blacks started leaving the South in 1916 because of the unbearable conditions, and the migration in search of greener pastures continued throughout the watershed era of the Civil Rights Movement.”

Earlier this year, The PuLSE Institute, launched the “Reverend Solomon W. Kinloch Jr. Lecture Series on Church Influence on Social Equity and Economic Justice,”a Black Church Lecture Series named after the Detroit clergyman, who is one of the leading voices in the faith community pushing for an inclusive economic recovery in the city.

Thompson, is a twice-a-week opinion columnist at The Detroit News and the host of a two-hour daily show on 910AM Super Station. A leading voice in the media on race, leadership and economic inequality issues, Thompson, has been described by the Eisenhower Foundation in Washington D.C. as a “courageous voice on behalf of the dispossessed and disenfranchised, a shining example of journalism for the public good.”

His insightful journalistic work has been noted for its glaring contributions in the continuing fight for racial equality. His columns at The Detroit News deal with presidential politics, culture, public opinion, leadership and socioeconomic issues.

Thompson, who has championed issues of poverty and inequality in Detroit, the nation’s largest Black city, delivered the 20th Annual Slavery to Freedom lecture at Michigan State University in February of last year. He is the author of a pair of books on former President Barack Obama based on several exclusive sit-down interviews with Obama.

“Mother Kinloch’s life is a powerful example of an unparalleled commitment to the sanctity of Black culture and dignity,” Thompson said. “A true matriarch, she belongs to a great generation whose overlooked sacrifices paved the way for the current national reckoning on racial equality.”