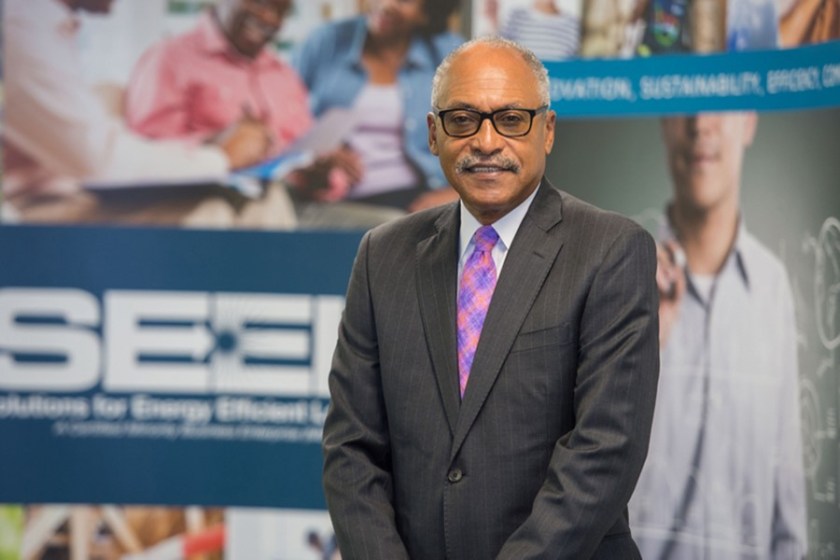 Louis James, one of the nation’s leading African American entrepreneurs, has been named one of the recipients of The PuLSE Institute’s inaugural Arun Gandhi Award for Global Justice.

James, a Vietnam-era veteran, is the president and CEO of SEEL, a Detroit-based national minority-owned energy company, and the CEO of MCL-JASCO, a logistics and transportation management company. He has been a conscientious and committed business leader in the fight for economic justice for underserved communities.

The award, which was instituted in 2019, is named after Dr. Arun Gandhi, the 88-year-old grandson of Mahatma Gandhi, who has been a standard bearer in fighting for marginalized communities around the world and a member of the National Advisory Board of The PuLSE Institute. Dr. Gandhi was among the first global leaders to answer the call of The PuLSE Institute, Detroit’s national anti-poverty think tank and became a member of the organization’s brain trust.

“Through stable employment, you have given otherwise disenfranchised families a sense of dignity and hope for a future they can believe in. In pushing for causes significant to the overall moral essence of the Civil Rights Movement, you have shown that business is not antithetical to the historic calling for equality,” The PuLSE Institute wrote in its nomination of James. “The work you have done in empowering so many lives is in line with the vision of Dr. Gandhi, the lessons from his grandfather and the moral dictates of Dr. Martin Luther King Jr., who avidly followed the teachings of Mahatma Gandhi marked by his historic visit to India. Your commitment reflects Dr. Gandhi’s mission for the light of justice, peace and equality to prevail over  the darkness of discrimination and hate.”

“It is a high honor to receive the Arun Gandhi Award for Global Justice from The PuLSE Institute, America’s Anti-Poverty Think Tank. It is especially an honor to have been chosen to be the first to receive this award during this time in our country of flagrant racial and economic injustice. By uplifting the name of Mahatma Gandhi through his grandson, Dr. Arun Gandhi, The PuLSE Institute is acknowledging one of the twentieth century’s greatest political and spiritual leaders who fought for social justice in India through widespread nonviolent civil disobedience that was emulated around the world,” James said. “I too am committed to fighting for racial and economic justice by providing opportunities for many individuals and their families.” 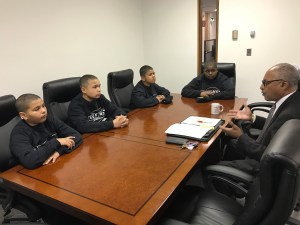 James noted, “Through my companies, I work tirelessly to champion diversity, equity and inclusion by training workers for the jobs of tomorrow and equipping them with the tools to lead a successful life now and in the future. I also mentor and patronize many new and beginning entrepreneurs so that they too can provide jobs for our community. Thank you to The PuLSE Institute for this esteemed award.”

Attorney Tina M. Patterson, the President and Director of Research at The PuLSE Institute, said James is highly deserving of the recognition.

“It is an honor to bestow the Arun Gandhi Award for Global Justice to Mr. Louis James. His excellence in enterprise fuels his staunch commitment to social justice by lifting up individuals from marginalized backgrounds to provide otherwise inaccessible economic opportunities,” Patterson said. “Mr. James is a leader in business with the heart of Gandhi, never looking down but always seeking to help elevate others. In this respect, Mr. James demonstrates the characteristics of the inspirational and eternal Gandhi legacy.”

Bankole Thompson, the nationally acclaimed Black journalist and cultural critic, who is the Executive Dean and Editor-in-Chief of The PuLSE Institute, and whose indelible and influential work on race, democracy and poverty inspired the founding of the Institute, said James has been a steady ally in the unrelenting battle to rescue disadvantaged families who have been the victims of income inequality.

“Mr. James has shown that business should care about those who are confined to the doldrums of society, and has maintained that commitment for decades. This award being presented to him by The PuLSE Institute is a completion of a cycle of remarkable history for a man who has not wavered in using his influence and resources to help those who are too routinely discarded in society because of their station in life,” said Thompson, who earlier this year delivered a keynote lecture on race and income inequality at Dillard University in New Orleans, one of the nation’s most prominent Historically Black Colleges and Universities established during the period of Reconstruction.

Thompson added, “Dr. Gandhi has been a drum major for justice on the global stage. Mr. James’ work is simply following in those footsteps and in that legacy, and he has never been afraid to stand for justice and human rights and demonstrate concern for the poor.”

James will be honored in 2023 alongside other recipients who will be announced in the coming months.