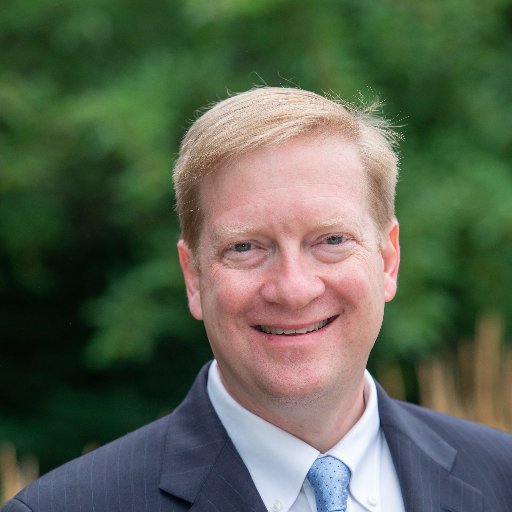 Samuel Bagenstos, a senior fellow at The PuLSE Institute, a national independent and non-partisan anti-poverty think tank headquartered in Detroit, is leaving the Institute to work for President Joe Biden as general counsel of the White House Office of Management and Budget. The OMB is considered the largest executive department in the Office of the President.

Bagenstos, who is the Frank G. Millard Professor of Law at the University of Michigan Law School, and a former principal deputy assistant attorney general for civil rights at the U.S. Department of Justice Civil Rights Division under former President Barack Obama, joined The PuLSE Institute’s Academy of Fellows last year. At the Institute, his work focused on civil rights, health and housing law and how government can create anti-poverty policies.

The OMB Office of the General Counsel which Bagenstos will lead “Provides legal advice and counsel to the Director and the OMB components and staff.  In addition, the General Counsel’s Office manages the Executive Order and Presidential Memoranda process for OMB and the Administration; reviews and clears all legal and constitutional comments by the Department of Justice and other agencies on proposed legislation before such comments are conveyed to Congress; participates in the drafting of bill signing statements for the President; reviews all proposed legislative text comprising the President’s Budget and for all budget-related legislative proposals; evaluates legal issues in proposed regulations; convenes meetings of all agency general counsels and coordinates legal issues across agencies; and ensures OMB’s compliance with ethics laws, the Freedom of Information Act, the Federal Records Act, and other statutory requirements.”

“The PuLSE Institute congratulates Sam Bagenstos in his latest role as general counsel for the Office of Management and Budget with the new Biden administration,” Patterson said. “ As a former senior fellow at the Institute, Bagenstos contributed thought-provoking, scholarly analyses on the need for change to reflect true equality and guaranteed constitutional rights in our criminal justice system. His works presented challenging solutions to the often rigid and routine legal practices and philosophies that solidify inequality in the system against poor and racially marginalized communities. His legal acumen and compassion for humanity will continue to serve our country well in this new capacity.”

Bankole Thompson, a nationally renowned journalist who is the editor-in-chief of The PuLSE Institute and the dean of the Institute’s Academy of Fellows said the appointment is significant in light of the issues facing the nation.

“Sam is a justice-oriented lawyer who understands that there is an increasing need to bend the moral arc of the universe towards justice,” said Thompson, who is a twice-a-week opinion columnist at The Detroit News. “With the dawn of a new era, it is important that we have individuals in the new Biden administration who have a deeper commitment to ensuring that the bank of justice is not insolvent. When Sam looks at the nation’s budget with his legal acumen, it is my hope that he will see an undying need to ensure and invest in fairness and equity.”

Bagenstos earned his JD, magna cum laude from Harvard University Law School in 1993, where he received the Fay Diploma and was articles office co-chair of the Harvard Law Review. He received his BA, with highest honors and highest distinction from the University of North Carolina.  He was a professor of law and, from 2007 to 2008, also associate dean for research and faculty development at Washington University School of Law. He has been on the faculty of Harvard Law School and was a visiting professor at University of California-Los Angeles School of Law. He clerked for the Hon. Stephen Reinhardt on the U.S. Court of Appeals for the Ninth Circuit for one year and later served as a law clerk for Justice Ruth Bader Ginsburg of the U.S. Supreme Court.

In a distinguished career over the years, Bagenstos has consulted with civil rights organizations and remains an active appellate and U.S. Supreme Court litigator in civil rights and federalism cases. He has argued four cases before the Supreme Court, including Young v. United Parcel Service, 135 S. Ct 1338 (2015), which established new protections for pregnant workers, and United States v. Georgia, 546 U.S. 151 (2006), which upheld, as applied to his client’s case, the constitutionality of Title II of the Americans with Disabilities Act. He has also testified before Congress on several occasions, including in support of the Fair Pay Restoration Act, the ADA Amendments Act, the Employment Non-Discrimination Act, and the Convention on the Elimination of All Forms of Discrimination Against Women, as well as on the application of the ADA to advancing technology and the problem of mental illness in prisons.