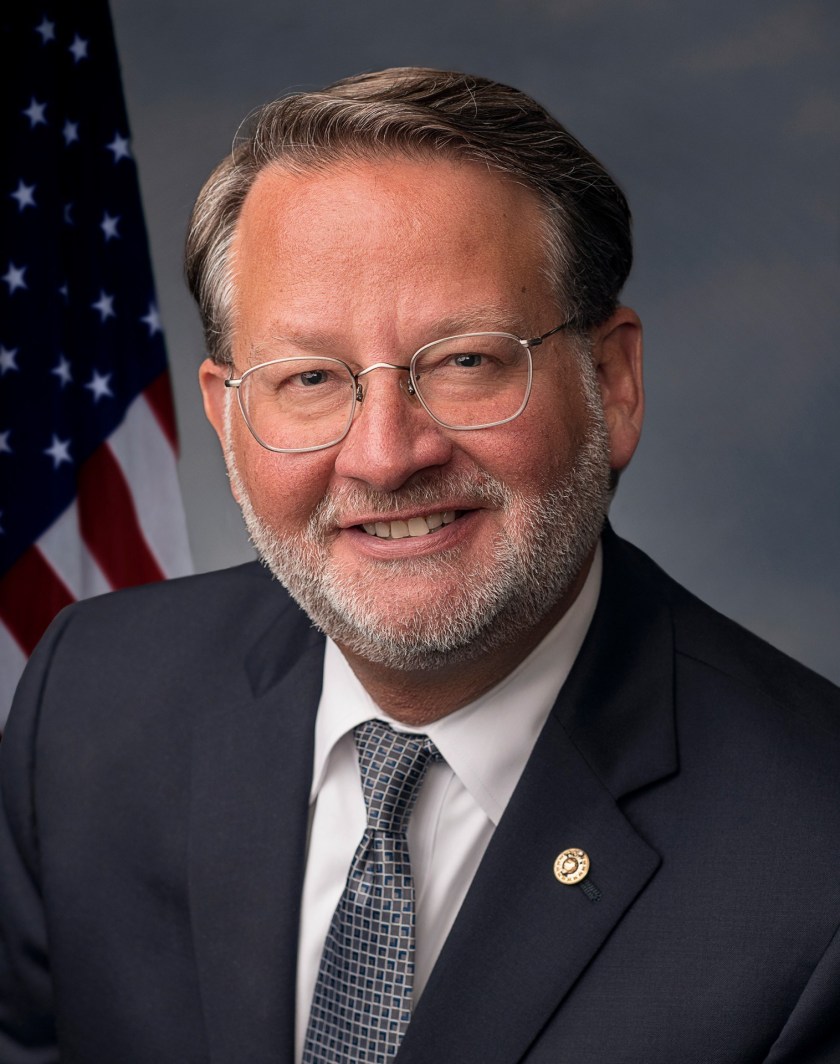 U.S. Senator Gary Peters (D-Michigan) and Detroit business leader Jerry Norcia, the president and CEO of DTE Energy, will be participating in the launching of The PuLSE Institute’s “Reverend Solomon W. Kinloch Jr. Lecture Series on Church Influence on Social Equity and Economic Justice.” The historic inaugural Black Church Lecture Series which is open to the public, will be held online on Monday, April 5, 4-6pm, the day after the assassination anniversary of civil rights leader Reverend Martin Luther King Jr. To register for the series visit https://www.eventbrite.com/e/rev-freddy-haynes-to-keynote-lecture-on-black-church-and-social-justice-tickets-144804109991.

The Black Church Lecture Series, created by The PuLSE Institute, a national independent anti-poverty think tank headquartered in Detroit, one of the nation’s largest poverty cities, will periodically feature Christian leaders who are at the cutting edge of socioeconomic advancement in the modern age as speakers. The series is named after Solomon Kinloch, a nationally renowned Detroit pastor, who is one of the leading African American voices from the faith community pushing for an inclusive economic recovery in America’s largest Black city. Kinloch is the senior pastor of Triumph Church in Detroit, which Outreach Magazine, the Christian publication, has billed as one of the fastest growing Black congregations in the nation. The church’s meaning of Black liberation theology in the era of the Black Lives Matter movement, and how it is responding to the challenges of perpetuating social inequalities will be a thrust of the series. That meaning takes on an added significance especially after George Floyd, a Black man died last year under the knee of a white Minneapolis police officer.

The inaugural keynote speaker for the series is Reverend Dr. Frederick Douglass Haynes III, the senior pastor of Friendship West Baptist Church in Dallas, Texas, and one of the most influential African American ministers in the country, whose vibrant anti-poverty crusade brings moral clarity to the essence of the Black Church. Dr. Haynes, a scholar of liberation theology, who studied both at the Graduate Theological Foundation and at Oxford University in the United Kingdom, where his dissertation was titled, “To Turn the World Upside Down: Church Growth in a Church Committed to Social Justice,” is one of the nation’s leading thinkers on the subject of making the church relevant in the 21st century. In 2013, Haynes, delivered the special prayer at the Washington National Cathedral during the National Memorial Service for former South African President Nelson Mandela, the anti-apartheid icon and 20th century liberator. Former Vice President Joe Biden was one of the featured speakers at the Mandela memorial.

Both Senator Peters and DTE CEO Norcia will offer remarks at the Black Church Lecture Series, which is set to examine how the church is dealing with the Black freedom struggle, shaping public life and influencing social change.

Peters, who is the chairman of the Homeland Security and Governmental Affairs Committee for the 117th Congress serves on the Senate Commerce, Science, and Transportation Committee and Senate Armed Services Committee. Norcia, one of the top captains of industry in the state, sits on the board of directors of several organizations including the American Gas Association, Business Leaders for Michigan, the Edison Electric Institute, the Nuclear Energy Institute and the Institute of Nuclear Power Operations.

“When it comes to advancing justice for underrepresented groups in our society, it is paramount to involve and engage all spheres of corporate, community, and political sectors in the cause. Such was the case during the Civil Rights Movement of the 1950s and 1960s, one of the greatest movements in human rights history that achieved unprecedented levels of advancement for African Americans. Ministers, corporate leaders, and political officials at the highest levels worked in concert to establish a more just and fair union,” said Attorney Tina M. Patterson, the president and director of research at The PuLSE Institute. “In our current time, we face many of the same challenges, which is why it is significant that U.S. Senator Gary Peters and DTE President and CEO Jerry Norcia are participating in the Reverend Solomon Kinloch lecture series at The PuLSE Institute.”

Bankole Thompson, a nationally renowned journalist and culture critic, who is the editor-in-chief and dean of The PuLSE Institute, said the Black Church Lecture Series presents a rare forum to highlight issues facing the Black community and how to address them. Thompson is a twice-a-week opinion columnist at The Detroit News.

“What we are doing with the launch of this series is to present a liberating definition of the relevant Black Church, which automatically should be felt across the socioeconomic, cultural and political dimensions of our communities. Because faith is at the center of the Black experience, this justice-oriented forum series is the product of an undying need to respond to the crisis facing Black communities across the nation and especially in Detroit,” Thompson said. “Peters and Norcia recognize the interplay between faith, public policy and business. All three should work together to produce relief from unemployment and poverty. As Detroit’s anti-poverty think tank, The PuLSE Institute, understands that poverty is fundamentally immoral. That a self-seeking system of inequality and exploitation is antithetical to a social order that is structured on justice, equality and fairness for those who are too often the victims of exclusionary politics.”

Thompson added, “That is why the Black Church Lecture Series named after a transformational minister like Solomon Kinloch, is about embracing a liberation theology in public policy and business that is inherently against the dehumanization of Black people.”