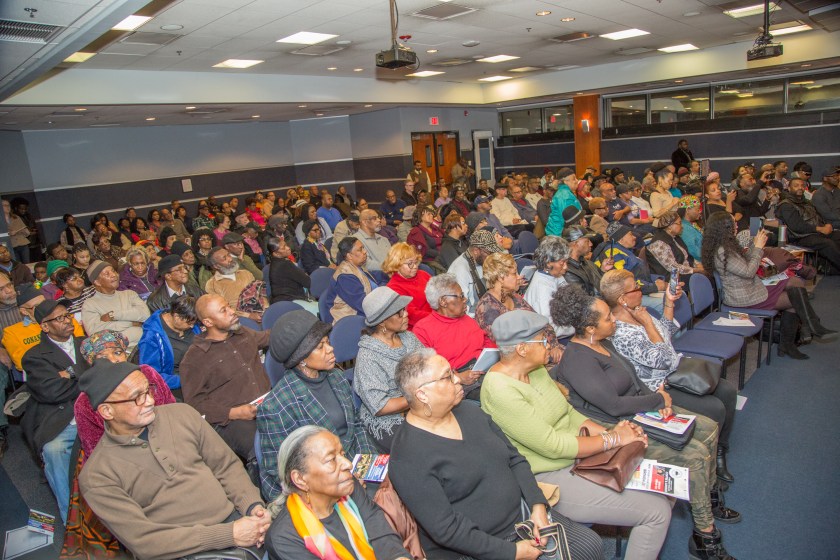 The PuLSE Institute will host a national virtual forum on Wednesday, October 6, 4-6pm EST on the state of the Haitian migration crisis at the southern border in Texas as well as examine the policies of the administration of President Joe Biden.

As circulated photos of a white border patrol agent on a horseback chasing Black migrants with horse reins continue to arrest the nation’s attention with public expressions of outrage and calls for President Biden to stop the forced deportation of Haitian migrants, the forum will spotlight the role of U.S. foreign policy in the migration crisis that has left the Black nation of Haiti unbearable for its citizens, who are now leaving for the United States.

The foundational story of Haiti’s history and its connection to the African American experience will be a central part of the forum, which is the first significant discussion of its kind taking place in Detroit- a major African American city- in the wake of the escalating political crisis in Haiti after the July 7 assassination of President Jovenel Moïse.

The PuLSE forum is free and open to the public and registration tickets can be obtained here: https://www.eventbrite.com/e/pulse-national-forum-on-haitian-migration-crisis-and-president-biden-tickets-176760885567.

The forum will feature Brian Concannon, a former United Nations human rights officer in Haiti, and founder of the Boston-based Institute for Justice and Democracy in Haiti, Dr. Jean Eddy Saint Paul, a Haitian American sociologist, professor, scholar, and public intellectual, who currently serves as a professor of sociology at Brooklyn College of the City University of New York (CUNY,) where he served as the founding director of the CUNY Haitian Studies Institute and Attorney Tina M. Patterson, the president and director of research at The PuLSE Institute.

“The Biden administration’s response to last week’s arrival of Haitians in Del Rio, Texas — a massive, illegal expulsion airlift — may reduce some criticism from immigration opponents, but it will not reduce the arrivals of Haitians at our borders. The United States can only reduce migration pressure from Haiti by ending decades-long policies that have undermined Haiti’s democracy and economy and forced Haitians into the desperate measures we see at Del Rio,” Concannon wrote in a Sept. 21 op-ed column published in the Miami Herald.

He added, “The airlift will deliver its passengers to a dangerous and unstable country. In the past 10 weeks, Haiti has endured the assassination of a president (still unsolved), an earthquake, a tropical storm and pervasive gang violence. But the people at Del Rio left Haiti long before the July 7 murder of President Jovenel Moïse. Most left years ago, part of the steady flow of Haitians fleeing the increasing corruption, brutality and poverty of the administrations of presidents Moïse (2017-2021) and Michel Martelly (2011-2016), who governed Haiti for most of the past decade.”

Concannon worked with the late Detroit Congressman John Conyers Jr., on many of the issues plaguing the poorest country in the Western Hemisphere. Conyers, a civil rights hero, who hosted several public discussions to highlight the plight of the Haitian people and for Black people in Detroit to join in solidarity with Haiti’s right to self-determination, is regarded as the foremost advocate for Haiti in Congress.

Attorney Tina M. Patterson, the president and director of research at The PuLSE Institute, will be among the panel of speakers at the forum.

Bankole Thompson, the editor-in-chief and dean of The PuLSE Institute, who is a twice-a-week opinion columnist at The Detroit News and the host of a daily two-hour radio program REDLINE on 910AM Super Station-Detroit, will serve as the forum moderator.

A national independent anti-poverty think tank headquartered in Detroit, The PuLSE Institute, has a National Advisory Panel made up of leaders and thinkers who are invested in the fight against global poverty, inequality and racial injustice. They include Dr. Arun Gandhi, grandson of Mahatma Gandhi, Dr. Bernard Lafayette, National Coordinator of the 1968 Poor People’s Campaign under civil rights leader the Rev. Martin Luther King Jr., Bishop Charles E. Blake, presiding Bishop Emeritus of the Church of God in Christ Inc., the largest Black Christian denomination in the country with a membership of 6.5 million, Robert Weiner, former White House spokesman, former presidential diarist Janis F. Kearney,  Sister Simone Campbell, a leading anti-poverty crusader in the American Catholic community among others.

The PuLSE Institute’s online speaker program features an array of speakers including activists, thought leaders, policy makers and public officials whose work reflect the push for anti-poverty policies and reforming the justice system.

Recently, Minnesota Attorney General Keith Ellison, who presided over the George Floyd murder trial delivered a major keynote address followed by a Q&A session at the Institute about criminal justice reform and the need to fulfill the dream of Dr. King.

Other notable speakers who appeared at the Institute include Federal Bankruptcy Judge Mark Randon, who spoke about poverty and the U.S. bankruptcy court system as well as Dr. Natalia Kanem, the United Nations Under-Secretary General and Executive Director of UNFPA, the UN Reproductive Agency, who delivered a keynote address on women, poverty and the coronavirus pandemic.